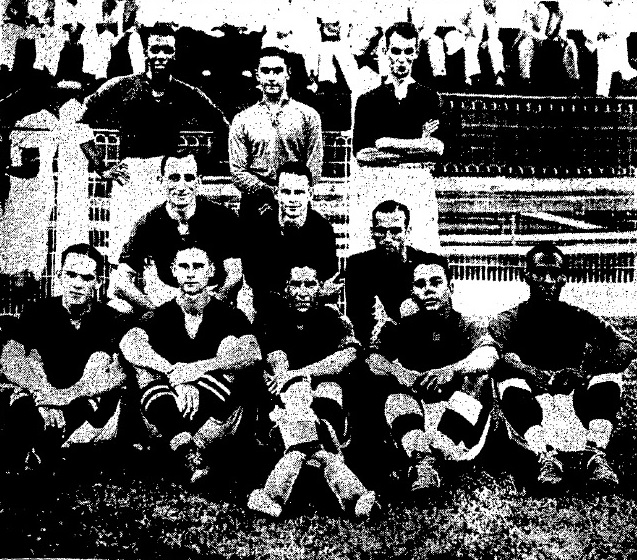 Britain gave the world football, but as we have seen, her own colonies did not embrace it to the extent that they became significant powers in football, or even play the game as their national sport.
To British minds the Caribbean will always be more associated with cricket.
There was, however, throughout the colonies in The West Indies, a healthy interest in the association game.
An international match was played between Trinidad & Tobago and  British Guiana (sic) as early as 1905.  regular internationals did not come to the area until the 1920s.
To quote the press of the day an 'Intercolonial Football Tourney' was introduced in 1923. This was the Martinez Shield.

As a result of arrangements between the Association and the sister Colonies of Demerara and Barbados it is likely that this year will mark the institution of Intercolonial Football between the Colonies.
Trinidad Guardian 01.07.23

The first tournament was played in Trinidad in 1923. Barbados were unable to make it, infact Trinidad and Demerara were the sole contenders for the first 5 editions of the shield. They played 3 matches:

The Martinez Shield was next contested in Demerara in 1925, Trinidad retaining the trophy by winning 2 games to the hosts' 1.

Demerara first won the Martinez Shield in 1929. A 5 game series in Trinidad went as follows:

The Shield finally became a triangular tournament in 1931. Hosts Demerara retained the trophy, whilst new boys Barbados took some heavy beatings. Test Cricketer Ellis Achong was in the Trinidad side, and scored plenty of goals:


The following year the Shield was contested in Barbados. Demerara were the winners for the third time in succession, but Barbados were greatly improved, beating Trinidad and drawing with Demerara:

In 1933 Trinidad returned to their winning ways in front of a home crowd: