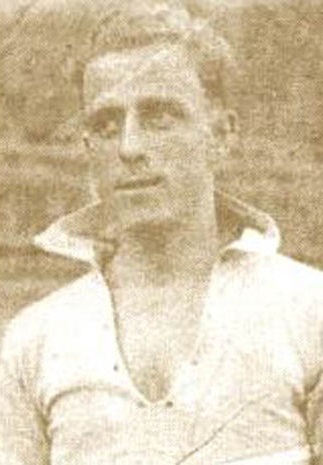 In 1930 the  Veado tobacco company sponsored a poll in Brazil to determine who was the nation's favourite footballer. The contest was known as the Concurso Monroe and the prize was a Chrysler sports car. This is pretty impressive  as theoretically the game in Brazil was an amateur affair. More aristocratic clubs such as Fluminense kept up this pretense with more vigour than their proletarian neighbours such as Botafogo and Vasco. However, professionalism was not openly accepted until 1933. The results of the poll (and the number of votes is quite staggering) was:

So, Russinho got the car.
These were halcyon days for Russinho. as he had been top scorer in Vasco's championship winning side of 1929, and just a month after receiving the car he was off to Uruguay to play for Brazil in the World Cup.

I'm guessing that Moacyr Siqueira de Queirós, who was born in Rio, got the name Russinho because of his appearance? He was also known as  Demônio Louro (The Blonde Demon). He joined Vasco from Andrahdy in 1924 as a 22 year old. In 10 years with Vasco he won 3 championships (1924, 1929 and 1934) and was artilheiro (top scorer) in 1929 and 1931. In total he scored 225 goals for the club. He later joined Botafogo and won a further championship with them (1935).
Russinho only got 2 international caps. He played in the 4-0 win over Bolivia in the 1930 World Cup, and in a 1930 friendly against Yugoslavia , in which he scored. 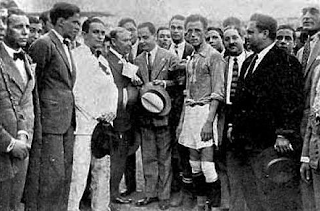 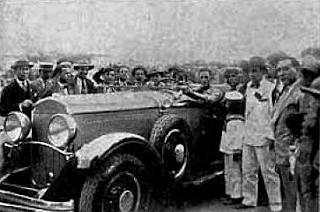 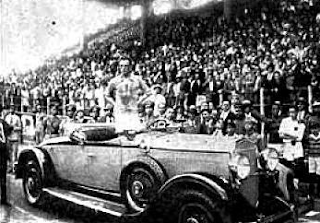 Russinho, in his playing kit, is awarded the car at Estádio São Januário.