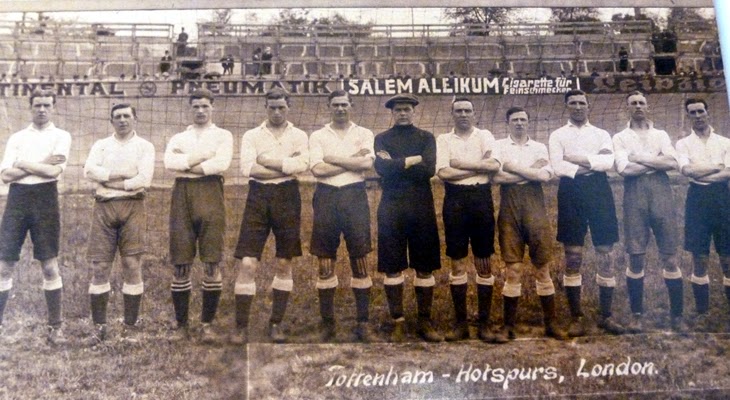 Spurs at Leipzig
When the 1911-12 season ended on April 29th Woolwich Arsenal were in 10th place in Division 1 and Tottenham Hotspur in 12th. The famous North London rivalry had yet to come into being, as Arsenal were still based in Plumstead (South East London). In May 1912 both clubs embarked on tours of central Europe (Germany, Austria-Hungary) and played each other in an exhibition match at Vienna arranged by Hugo Meisl. 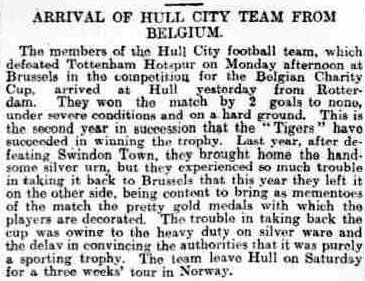 It was Arsenal's second visit. They had toured Belgium, Netherlands, Germany  and Austria -Hungary in 1907.  Tottenham were of course old hands at the touring lark. Having visited Austria -Hungary  in 1905 they had since played in Belgium, South America and Germany.