Scotland Captains in the 19th Century

From the first international in 1872 to the end of the 1899-1900 season Scotland played
71 internationals . They won 73% of these games.
43 different players led Scotland during this time, the majority for just a single game.

The captains were drawn from the following clubs:

* George Gillespie played for both

1. Robert Gardner (Queen's Park)
Poacher turned gamekeeper (forward turned goalkeeper) played an active role in arranging the first international match. He kept clean sheets in club matches for the best part of 2 years and reputedly sometimes smoked a pipe during play. He was captain in the 1872 and 1873 matches against England:


2. James Thompson (Queen's Park)
Such was Queen's Parks pre eminence in the Scottish game that when Gardner left to join Clydesdale it was felt appropriate to pass the captaincy on to another Queen's Park player. Half back James Thompson led Scotland to a 2-1 victory over England at West of Scotland Cricket Ground on 07.03.74 , his only game as captain.

3. Joseph Taylor (Queen's Park)
Full back Taylor captained Scotland against England in 1875 and Wales in 1876. He later became President of Queen's Park.

4. Charles Campbell (Queen's Park)
Campbell was one of the few players to enjoy a protracted international career in the early decades. He played in 13 matches over 12 seasons and captained Scotland 8 times between 1876 and 1885.

6.John McDougall (Vale of Leven)
In international #12 McDougall became the first non Queen's Park player to lead Scotland ( a 3-0 win over Wales). The previous year McDougall was the first Scotsman to score 3 goals in an International match. 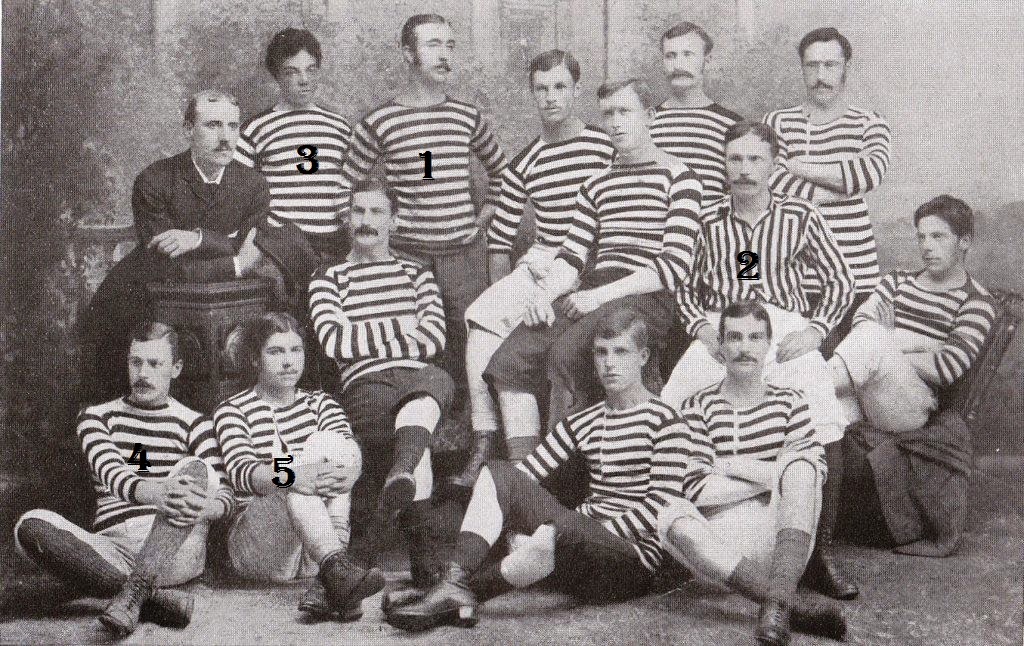 10. Andrew Holm (Queen's Park)
1883's matches against England and Wales were won under the captaincy of the Queen's Park full back. 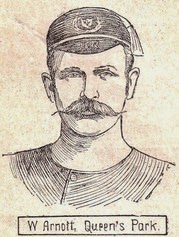 13. John McPherson (Vale of Leven)
An 8-2 win over Ireland was the centre half's sole game as captain.

14. John Lambie (Queen's Park)
The youngest ever Scotland player, captain and goalscorer. The 17 year old captained his country in a 7-2 win over Ireland in 1886, scoring on his international debut.

15. William Semple (Cambuslang)
In his one and only international appearance Semple led Scotland to a 4-1 win over Wales in 1886.

16.James McAulay (Dumbarton)
Goalkeeper captain in his final 2 internationals (1887), McAulay had earlier been capped as a forward.


18. Donald Gow (Glasgow Rangers)
The 20 year old Rangers full back led his country in his only international- a 5 -0 home defeat at the hands of England. He was the first Rangers player to captain Scotland.


21. Andrew Thompson (3rd Lanarkshire Rifle Volunteers)
One of 6 Thirds players in the team that was held to a 0-0 draw by Wales in 1889.

22. George Gillespie (Glasgow Rangers/Queen's Park)
The goalkeeper had featured in 5 previous internationals spread over a 10 year period before he was chosen as captain to face Wales in 1890. He returned to Queen's Park and captained Scotland once more the following season.


23. John McLeod (Dumbarton)
Another goalkeeper captain- he led Scotland to a 4-1 win over Ireland in his only game as captain (1890).

McLaren
24. Jimmy McLaren (Celtic)
The first Celtic player to lead Scotland, in a 1-1 draw with England in 1890.

25. John Hill (Heart of Midlothian)
The first Edinburgh based player to lead Scotland, half-back Hill was captain in a 6-1 win over Wales at Tynecastle in 1892.

26. William Sellar (Queen's Park)
The centre half was captain when England beat Scotland 4-1 at Ibrox in 1892.

27. Donald Sillars (Queen's Park)
Scotland put 8 unanswered past Wales in Wrexham in Sillars' first match as captain in 1893. 2 years later a 2-2 draw was the result. 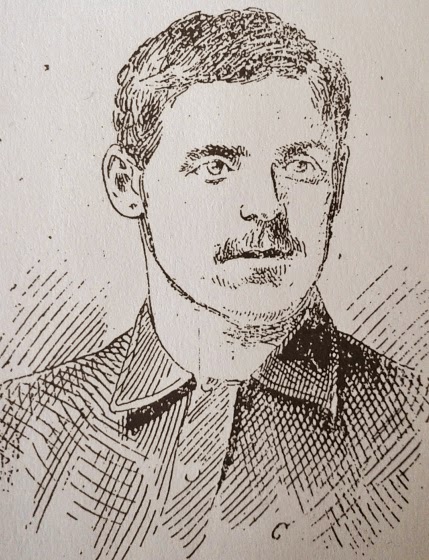 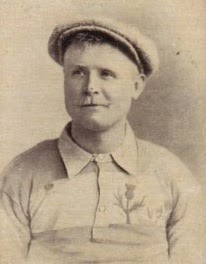 31. Jock Drummond (Glasgow Rangers)
The full- back led Scotland for the first time in 1895 and played into the 20th century. In the 19th century he captained Scotland 3 times. According to historian Douglas Lamming, Drummond was the last Scottish outfielder to play in a cap!

Captain in His only international as Wales were beaten 4-0 at Carolina Port.

34. John Ritchie (Queen's Park)
Another one cap captain, in a 2-2 draw with Wales at Wrexham.

35. William Lambie (Queen's Park)
The second Lambie brother to captain Scotland. William Lambie was capped 9 times and scored in each of his first 4 appearances. In 1897 he was captain as England were beaten 2-1 at Crystal Palace. It was his final international, at the age of 24.

36. Matthew Scott (Airdrieonians)
The full back was captain in his only international appearance- a 5-2 win over Wales at Fir Park.

37. Robert Kelso (Dundee)
Kelso had made his debut for Scotland 13 years earlier whilst playing for Renton. Now in his final (7th) appearance he captained his country to a 3-0 win over Ireland at Solitude. 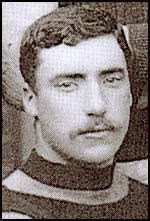 Cowan
38. Jimmy Cowan (Aston Villa)
The first player to lead Scotland whilst at an English club the 29 year old centre half was captain in a 3-1 loss against England at Celtic Park. It was his 3rd and final international.

39. Nicol Smith (Glasgow Rangers)
Nicol Smith was a very highly regarded defender who died at the early age of 31. In 1899 he was captain for the 6-0 win over Wales and the 2-0 defeat against England. 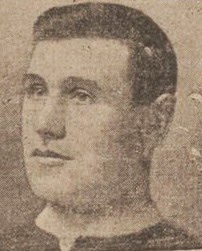 Storrier
40. David Storrier (Celtic)
In between Smith's 2 matches a captain Celtic's David Storrier led the Scots to an emphatic 9-1 win over Ireland.

42.Harry Marshall (Celtic)
Captain in a 3-0 win at Solitude against Ireland. 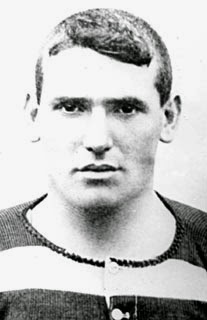 Robertson
43. Jacky Robertson (Glasgow Rangers)
John Tait Robertson went onto become Chelsea's player manager and their first ever signing. He was captain in a 4-1 win over England at Celtic Park.