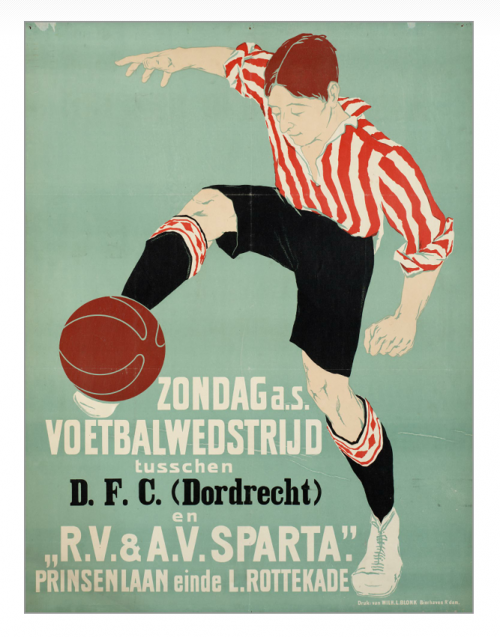 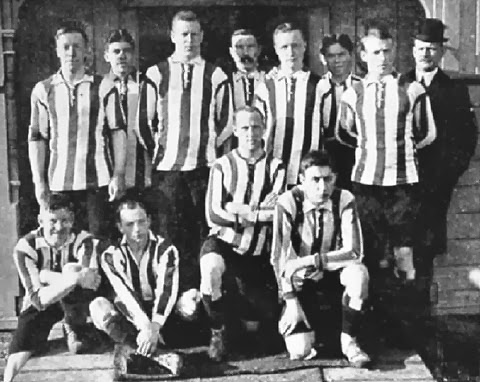 Amsterdamsche Football Club Ajax also sported these colours , red black and white being the civic colours of Amsterdam. When Ajax joined the  Eerste Klasse in 1911 the rules dictated that  there could be no duplication of strips, and Ajax adopted their iconic white shirts with a broad red band.