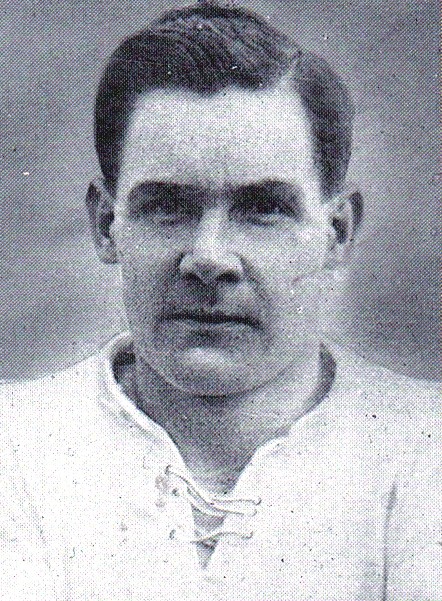 Andy Wilson joined Middlesbrough from Cambuslang Rangers as a 17 year old. He only got one season with Boro before the 1914-18 war started, playing 9 games and scoring 5 goals. In 1919 he played in 2 unofficial Victory internationals for Scotland (scoring 4 goals) and joined Dunfermline Athletic, who were playing in the  dissident Central League. In 1921 the SFA took over the Central League and Wilson returned to Middlesbrough.
The period 1921–1923 saw him make 77 league appearances for Boro, scoring 51 goals.  In 1923 he moved to Chelsea (at the end of the 1923 season he was top scorer for both Chelsea and Middlesbrough).
Wilson spent 8 seasons at Chelsea, scoring upwards of 50 goals in about 250 appearances. He then moved
to Queens Park Rangers and later to SC Nimois in France.
Wilson's international career was also impressive.
Capped 13 times from 1920–1923 he scored in 10 of these matches, a total of 13 goals.

The most remarkable spell of Wilson's career came in the summer of 1921.
He was invited to tour North America
with Third Lanark ( the tour featured players from  8 Scottish Clubs and they were billed as
Scotland or Scottish FA on the Canadian leg of the tour).
Wilson played in every game on the tour and scored in all but 2.  60 goals in 25 games over 2 months.

The tourists scored 111 goals in all, Wilson getting 54% of this total.