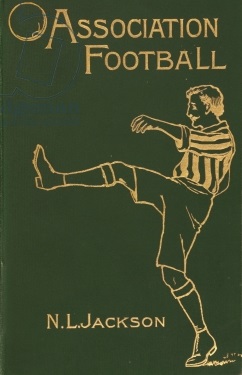 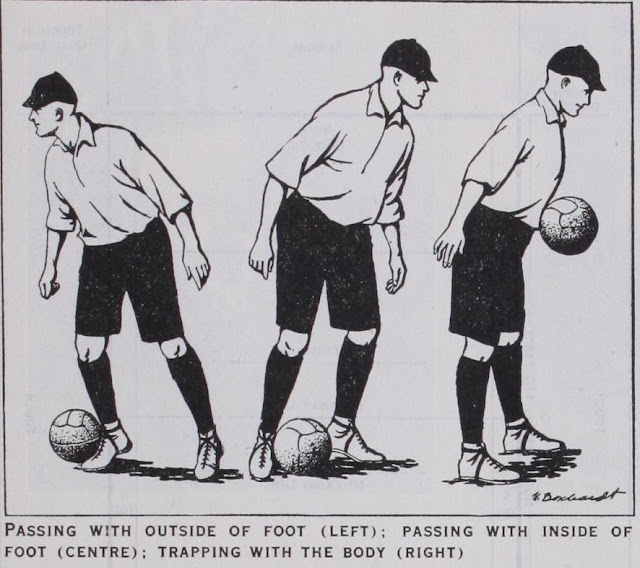 These are the most pedestrian illustrations of football that I have ever seen. The player has a Zen like calm about him.
N Lane Jackson, popularly known as 'Pa' Jackson, was responsible for the foundation of Corinthian FC. He also made another contribution to football culture that remains with us to this day, and makes the illustrations above particularly pertinent.
In May 1886, in response to a proposal made by Mr. Jackson, The Football Association announced:  That all players taking part for England in future international matches be presented with a white silk cap with red rose embroidered on the front. These to be termed 'International Caps.'
The earliest caps were not white silk, but royal blue velvet. Earlier examples have the rose, which was later replaced by the 3 lions. 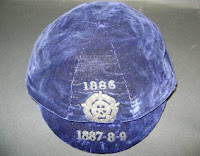 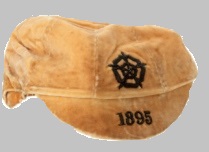 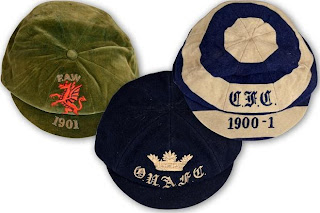