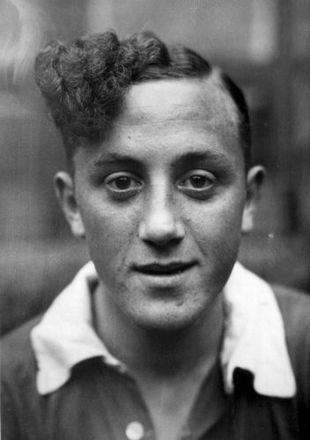 Leen Vente (Leendert Roelof Jan Vente) was an inside forward.
10 of Vente's 21 Netherlands appearances came during 'our' era (pre July 1937). In these games he scored 10 goals, including 5 in his second appearance, a 9-3 win over Belgium.
He moved from Neptunus to Feyenoord in 1936 and scored the first ever goal at De Kuip (Stadion Feijenoord).

What a tremendous hairstyle!