4 Irish teams entered the FA Cup in the 1888-89 season.
The  2nd qualifying round  included 2 all Irish ties, as Linfild beat Ulster 7-1 and Cliftonville beat Belfast YMCA 5-0.
In the 3rd qualifying round Cliftonville benefited from a walkover at the expense of Liverpool Stanley, whilst  Linfield recorded  a 4-0 home win over Bolton Wanderers in what was considered the biggest FA Cup upset to date.
In the 4th qualifying round the 2 surviving Irish teams were drawn together, and it took 3 matches to separate them.  Following successive 3-3 draws Linfield won the Christmas Day game 7-0.

This is the only time that an FA Cup tie has been played on Christmas Day . 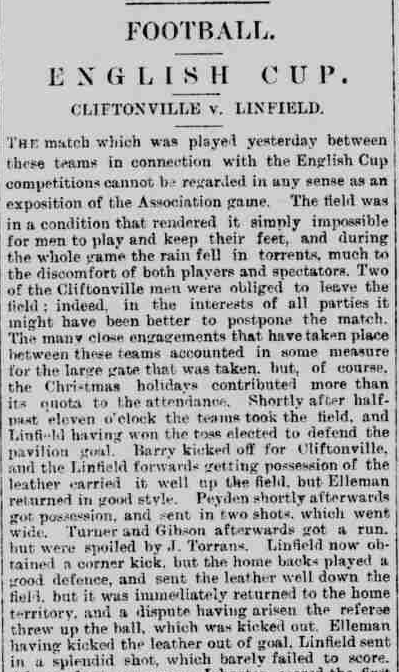 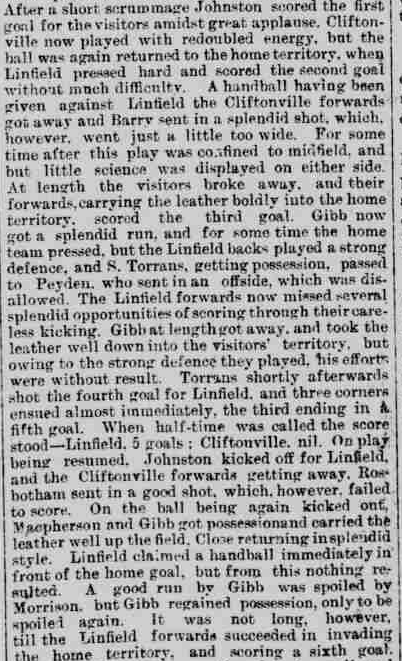 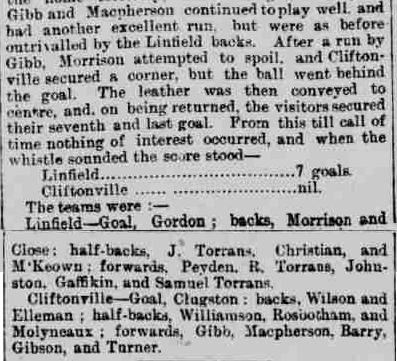