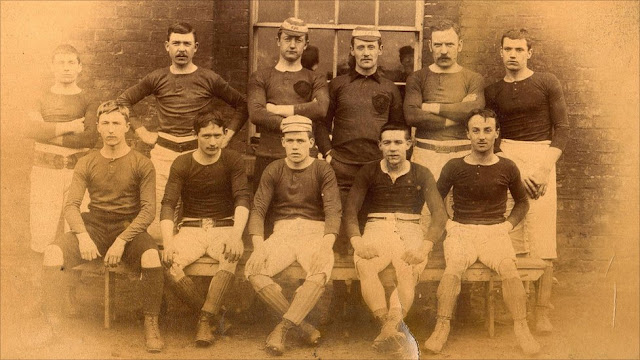 Only 2000 people were at The Racecourse on 03.03.88 to witness Wales registering an 11-0 win over Ireland. Wales had lost their opening match against England 5-1 and the following week would go down by the same score against Scotland. Things didn't get much better for Ireland- they lost 10-2 against Scotland, making their 5-1 defeat at the hands of England relatively creditable.
The scorers for Wales were Jack Doughty (4) Roger Doughty (2) Edmund Howell (2) Job Wilding (2) and William Pryce-Jones

Alfred O. Davies, William Pryce-Jones and E. Gwynne Howell left the field early in order to catch a train with Wales 10-0 up.

Ireland's unfortunate goalkeeper was Cliftonville debutant Jack Clugston. He was omitted for the rest of the season but came back the following year. In total he played 14 internationals, shipping 69 goals.