The English Schools' Football Association was founded in 1904 , the idea having been proposed at that year's conference of  The National Union of Teachers.
The first schools international fixture was played between England and Wales at Walsall in 1907.
Of the 22 boys who took part 8 went on to play in The Football League. There were 2 future FA Cup winners in the Wales team, both of whom went on to represent Wales at senior level.
The lads were born in 1893-95. 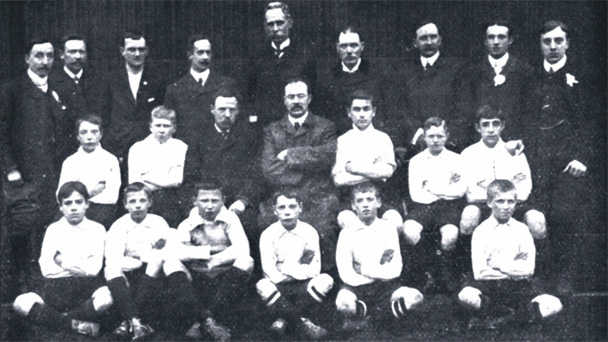 
England won 3-1.
It was another 4  years before  England played their first game against Scotland, in Newcastle.