Though the introduction of Association football into Lancashire about the same period as the establishment of the Cup, the first of an innumerable succession of trophies of a similar kind, was a mere coincidence and in no way connected, it is curious, considering the conspicuous part Lancashire clubs have played in the competition of late years, that their origin should have been coeval The paternity of the Association game in Lancashire may be claimed by Mr. J.  Kay, an old Harrovian, who subsequently made himself a reputation in another branch of sport, as a lawn tennis player of no small ability, as well as manager of perhaps the best organized lawn tennis meeting in the kingdom" that which takes place annually on the ground of the Liverpool Cricket Club. Educated at Harrow, it was only natural that the primitive game in use in Lancashire should have been based very much on the eccentric admixture of different codes to which young Harrow had been used for generation after generation. The introduction of the Association game into Lancashire was, in fact, in a very great measure the work of an old Harrovian, as, some twenty years before, the initiation of the movement which practically led to the revival of football on a proper basis was to a considerable extent the work of a few keen athletes who had graduated at his School. To East Lancashire, in particular, belongs the credit of fostering the game in its infancy, as well as of assisting in the development which has resulted in making Lancashire one of the most powerful influences in Association football Bolton, I believe, was the first place which took at all kindly to the new sport, and, under Mr. Kay's watchful eye, the Harrow game, or perhaps as near a reproduction as could be devised to suit local requirements, for a time supplied all the wants of the lads who were undergoing their novitiate in football. Practice took place in the evenings, and, in fact, the game was of a very primitive kind, followed after the hard work of the day had been com It was not long, though, before an attempt was made to evolve something like system out of the rough efforts of these pioneers of Lancashire football. The first result of this organization, I have reason to believe, was the Bolton Wanderers club, which has outlived the many, and some of them excellent, changes through which football has gone during the last quarter of a century, and still remains a power in the land; in fact, one of the most influential combinations of the same kind in the north of England. 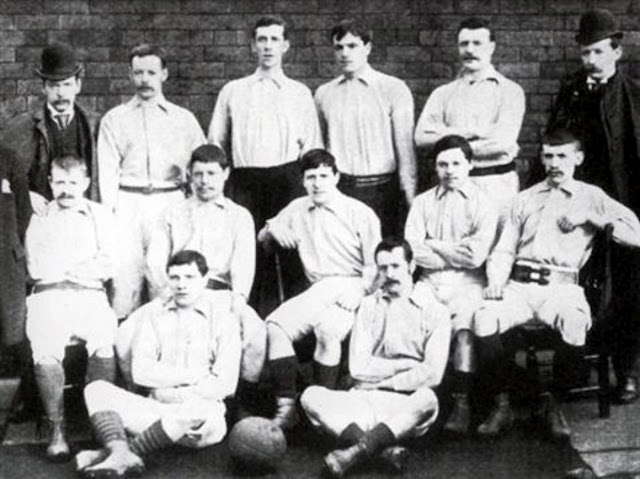 C.W Alcock is correct in that it was John Charles Kay, along with his brother, who took the Harrow game to Lancashire, but it was first played at Turton, rather than Bolton.

Mr Alcock  overlooks the 'first wave' of Lancashire clubs (Turton, Darwen) who sowed the seeds that produced illustrious clubs such as Blackburn Rovers (f.1875).
Bolton Wanderers came into being in 1877, evolving from  Christ Church F.C (f.1874).