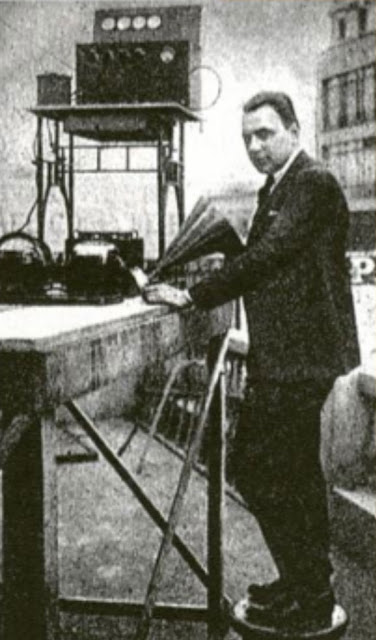 What is this man up to?

His name is Claudio Sapelli and he is transmitting a radio broadcast of the 1922 South American Championship of Nations.
Sapelli was stationed on the roof of the La Plata newspaper offices in Montevideo. As a teletype account of the matches was received from Rio de Janeiro megaphone announcements would be made to the crowd below and  Sapelli would relay the updates via radio.
He would have reached a limited audience as there were just 75 radio receivers in the whole of Uruguay.
A 0-0 draw with eventual winners Brazil and a 1-0 defeat to Paraguay saw Uruguay finish in 3rd place.