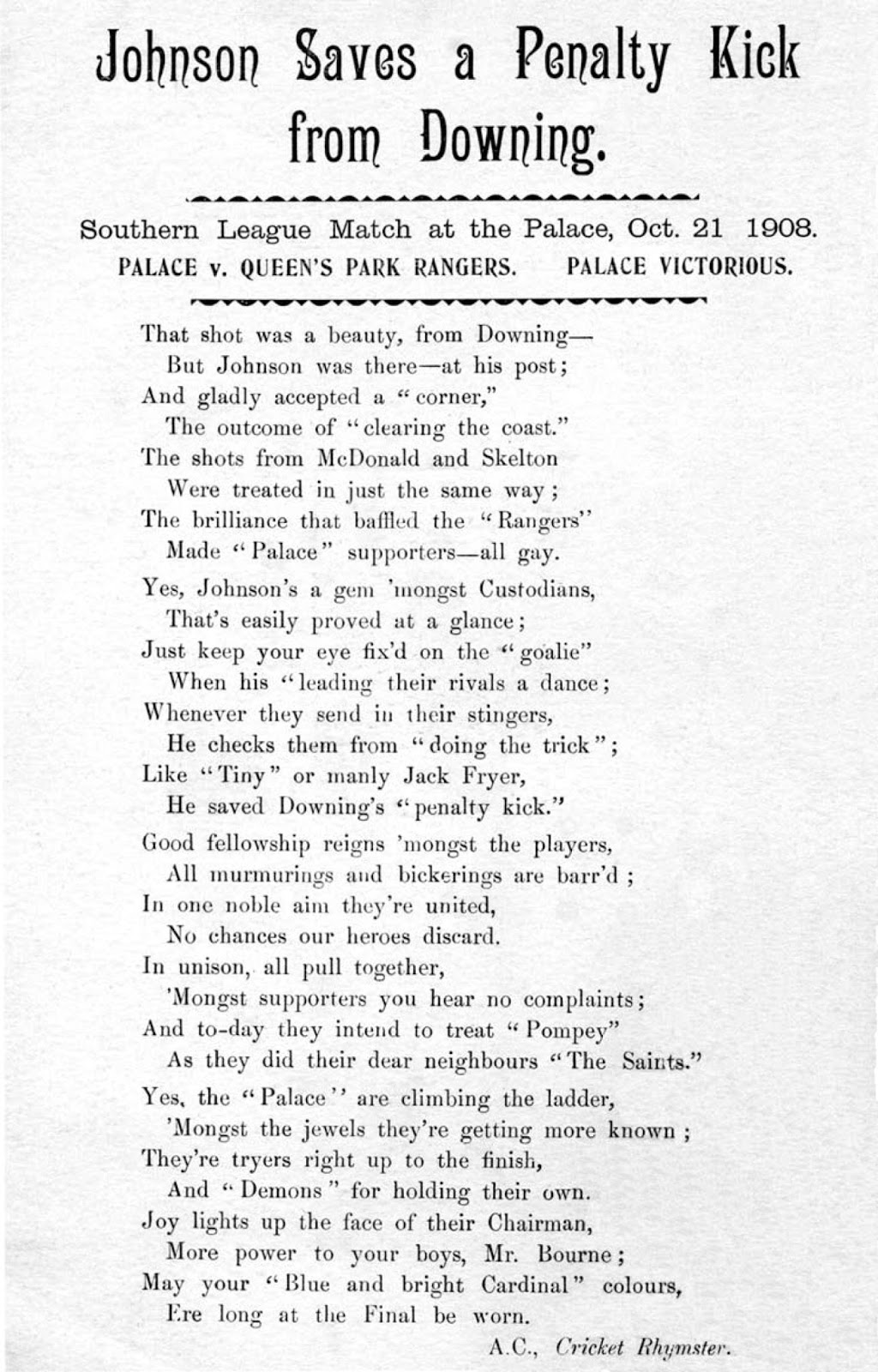 Albert Craig was a Bradford born postman and later insurance salesman who wrote verses about cricketers.
He moved to London in 1886 and became something of a fixture at The Oval. The press often referred to Craig as The Surrey Poet, though he signed his works AC, Cricket Rhymester.
Craig  also developed an interest in Association football. He wrote verses about Woolwich Arsenal (then based in Plumstead) and later Chelsea, Crystal Palace and Queen's Park Rangers. As you can see, the lines above were inspired by a Palace vs Queen's Park Rangers  match in The Southern League. Palace won 3-0. 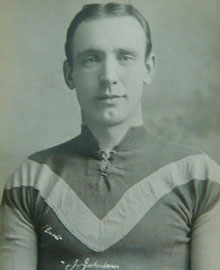 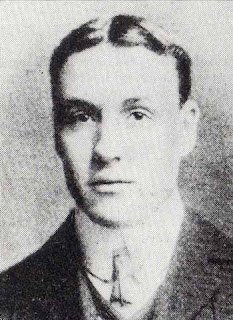 The protagonists in the penalty incident were Josh Johnson and Sam Downing.
Downing had started his senior career with QPR in 1903 with a hat trick on debut. However, in 170 games for the Hoops he only managed 13 goals (in fairness he was a wing half). Downing joined Chelsea in 1909.
Johnson (sometimes referred to as 'Joe' Johnson) began his career with Aston Villa, but never made the first team. He then had a spell at Plymouth Argyle before joining Palace in 1907.  He made 276 Southern League appearances for Palace. After the war he joined Nottingham Forest. Johnson was a devout Christian and a lay preacher.
The London Daily News the following day described the game as an indifferent one, watched by the Danish Olympic Football team. Palace were 2 up in 10 minutes but according to the report Rangers had most of the play but squandered their chances. The penalty is described as follows: Downing shot straight at Johnson, who easily turned the ball over the bar. 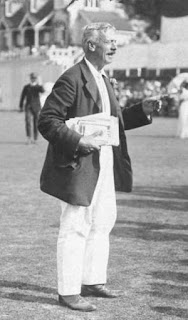 Mr Craig at The Oval

An in depth analysis of Craig's work can be found here.