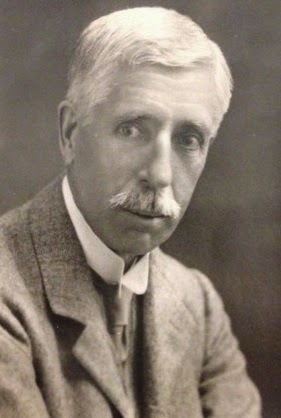 Charles Craven
There have been 2 teams that have gone by the name of English Wanderers. Here we will look at the first, an amateur touring side that made annual visits to the  Netherlands at Easter time from 1896-99.
The team was established by Charles Craven, and received the approval of the Football Association. In keeping with Craven's background,  The English Wanderers featured players from Kent and the North of England. On the first tour, for example the players  were drawn from Sheffield FC, Mid-Kent, Tonbridge, Clapham Rovers, Old Carthusians, Herne Bay and Cambridge University. Among the tourists was Pinky Burnup, who had played for England against Scotland earlier that month. 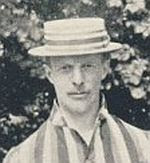 Charles Craven was responsible for the foundation of Darlington FC in 1883. By 1888 he was the Durham representative on the FA Council and in 1889 he oversaw the formation of the Northern League.
In 1890 he became founder secretary of Leeds football and cricket clubs, based at Headingley.
Mr Craven later moved to Kent and then again to the Gold Coast (Ghana).
A former goalkeeper, in 1886 Mr Craven had written the following observations on that role:
A good goalkeeper should not be less than 5ft 6in in height (the same in girth if he likes), active, cool, and have a good and quick eye. He should be a safe kick. In clearing the ball he should strike up in the air, so that the ball does not meet an opponent and rebound, He sometimes has eight yards to cover in next to no time, and as it is quicker to fall than to run, he should practice throwing himself down. When this art is acquired (and it cannot be done without practice) he will find it fairly useful.

There's an incomplete record of the tours to the Netherlands on RSSSF, so I've scoured some on-line Dutch newspaper archives and come up with the following details: