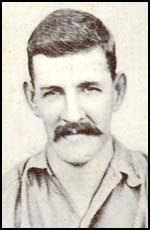 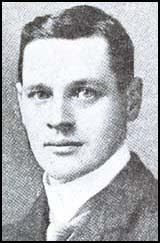 Now look here, how would any man in business like to have his wages reduced by 25% if his employers could well afford better terms?- John Cameron.

The first Trade Union connected with Association football was founded in February 1898. Given that football was now becoming the Peoples' Game and the majority of players were from proletarian backgrounds, it seems a shame that the AFU wasn't exactly steeped in socialist principles.
It is often reported that the catalyst for the foundation of the AFU was the introduction of the maximum wage in 1893. However, the maximum wage was proposed in 1893 but did not come into force until 1901. Prominent member Jack Devey (Aston Villa) stated that the AFU were not concerning themselves with wages, and president, John Cameron said that the main objective was to enable players to negotiate transfers, rather than being excluded from the process completely. This was a response to the retain and transfer system, introduced in 1893, that effectively gave the clubs complete control over players, even if they were 'out of contract'. The AFU failed in their attempts to challenge this system, which, incredibly, remained in force until 1963.


By 1901 the situation for professional players had actually worsened. The Football League had introduced a maximum wage and outlawed the payment of bonuses. The maximum wage was fixed at £4 per week- a higher sum than most professionals could hope to earn in the League. On this front the AFU was more of a vehicle for the concerns of star players and Scottish imports who, in a free market, would be commanding wages more in the region of £10 a week.

In fact 1901 saw the dissolution of the AFU as many of it's more active members had left League clubs to seek employment in the Southern League (which had no wage cap and at the time didn't recognise the retain and transfer system).
Neither the Football Association nor the Football League recognized the Association Footballers' Union.