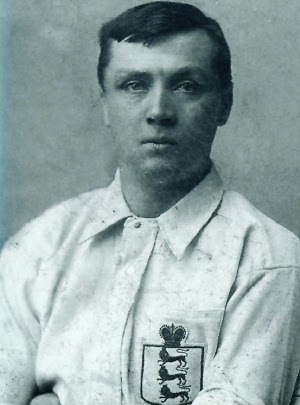 Steve Bloomer , the great inside right, scored 395 goals in his club career (Derby County 527 games, Middlesbrough 130 games).
He was also a prolific scorer in international football.
Making his debut as a 21 year old he got 2 goals in his first match. He then proceeded to score in each of his first 10 internationals, collecting 19 goals in the process.
In his 8th international he overtook Tinsley Lindley as England's highest ever scorer (Lindley had held the record for 7 years).
Bloomer scored in 16 of 23 games played, a strike rate of 1.217 goals per game.
He scored 37.3 % of England’s goals in games in which he played. 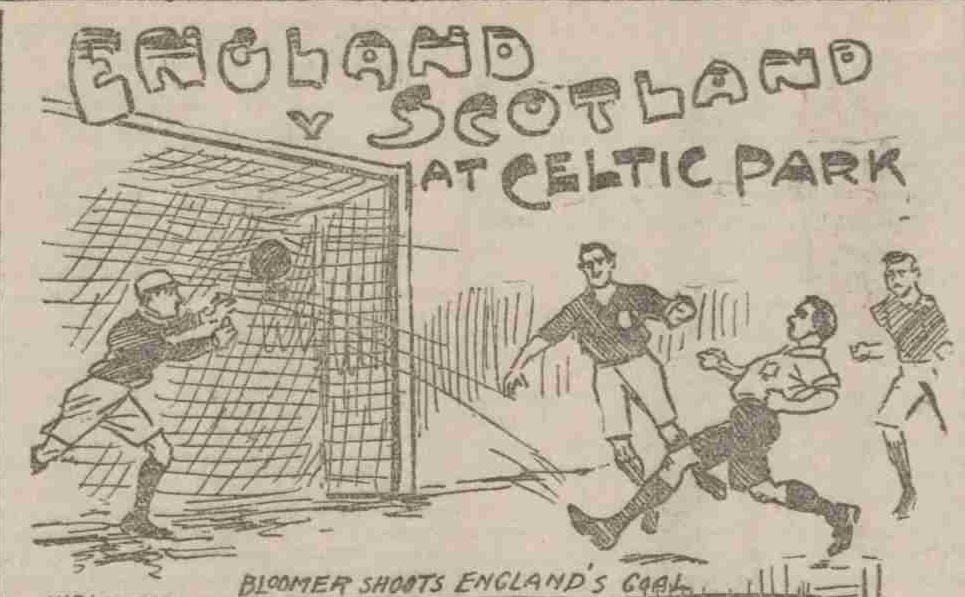 The table charts his international goals with descriptions from contemporary press reports in italics.

Bloomer held the England record for 4 years , when his total was overtaken by Vivian Woodward. 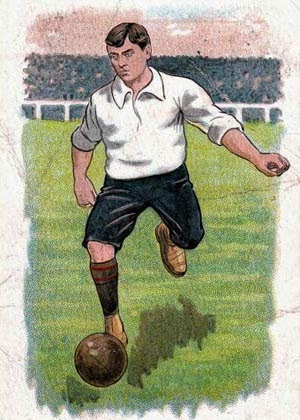