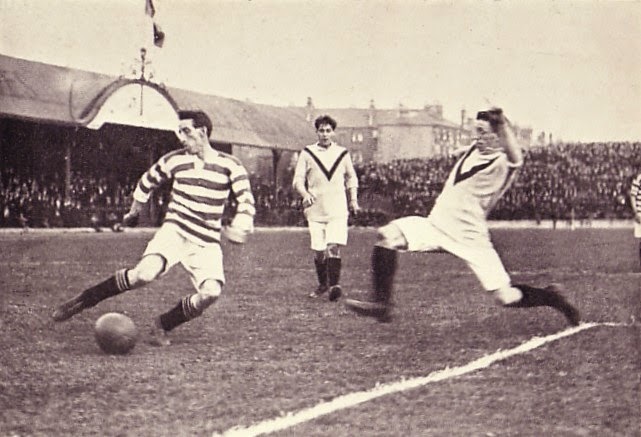 Patsy Gallacher in action. It looks like the defender is launching into the sort of challenge that would have modern referees reaching for the red card.

Making comparisons between  players from different eras is futile and fun.
How would the galácticos of the 21st century have fared in the pre war game?
The pace of the game was slower, players smoked and traveled on public transport. They ate steak and chips for Saturday lunch and prepared for Cup Finals by taking a stroll on the beach.
However, if we were to transport the stars of the modern game back in time , they would find
that certain aspects of the game  would have act as levelers. 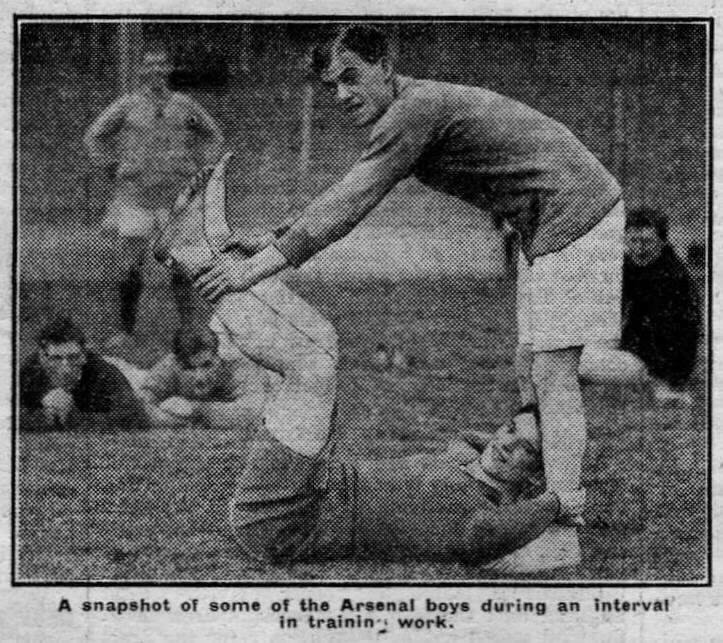 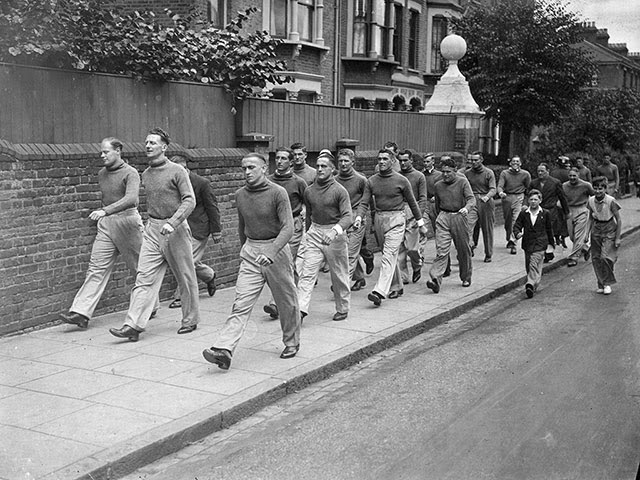 Arsenal were considered progressive...
Diet and preparation.
The players of the early professional age lacked the benefits of  scientific physical conditioning. Many of them would have started off from a disadvantaged baseline, as working class people at the time bore the lifelong effects of childhood deprivation, poor nutrition and disadvantageous living conditions.
In the era when professionalism and northern working class football were emerging the physical differences between the northerners and the privileged public schoolboys was often commented on (a good example been the Darwen vs Old Etonians games of 1879). 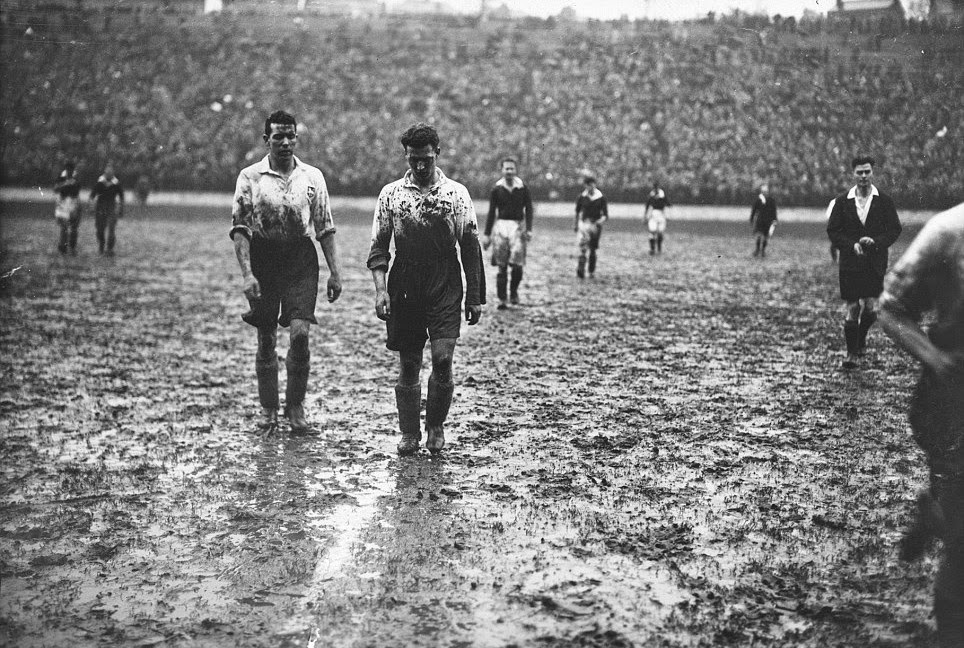 Charlton Athletic vs Preston North End, 1937
Playing surfaces.
Up until the 1990s even top level matches were often played on terribly degraded pitches. 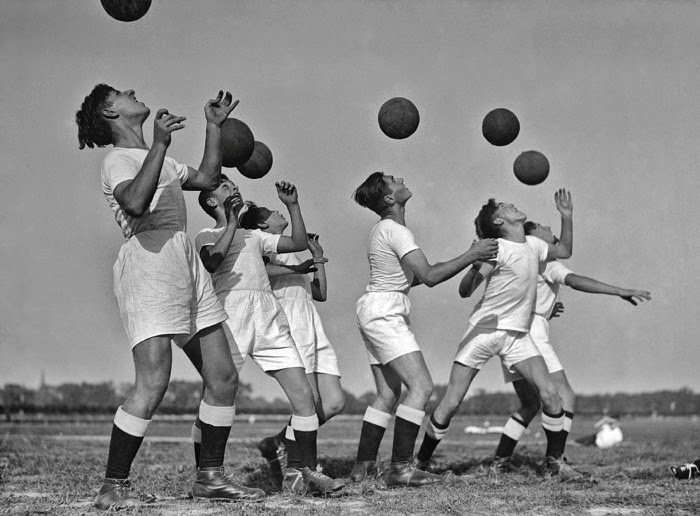 Germans
Footballs.
A weatherproof outer skin for the ball was not developed until the 1950s. Balls would soak up moisture, increasing their weight as the game wore on.  The boots worn reflect the unforgiving nature of the balls- reinforced toecaps were an advantage.  Stroking a 40 yard accurate pass with one of those old time leather casers would have been a physical impossibility. Heading also carried it's own risks. In the short term the player risked injury from the laces, in the long term the impact killed off brain cells. 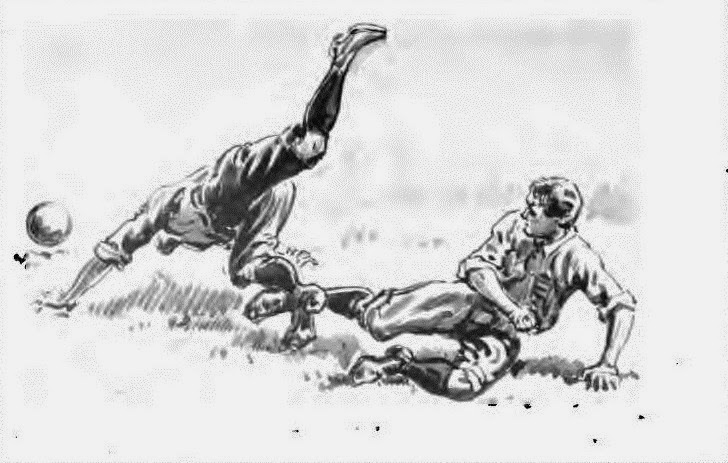 Physical contact.
Dismissals were a relative rarity. Physical contact was very much a part of the game. Tackles from behind were permitted, as were shoulder charges. 50- 50 balls were contested with studs up. The more skillful players always faced a degree of physical intimidation in order to discourage 'too much of the fancy stuff'.