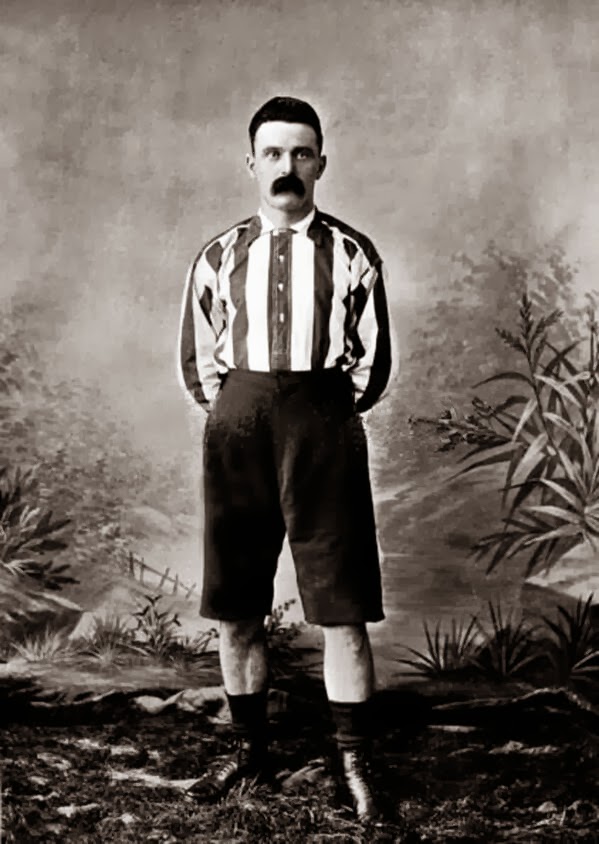 Sunderland full-back Donald Gow looks bemused at being photographed against a rather palustrine backdrop. The best years of Gow's career were divided between Glasgow Rangers and Sunderland. He won 2 League Championships with Sunderland.

Football Described by Giants of the Game (1904) 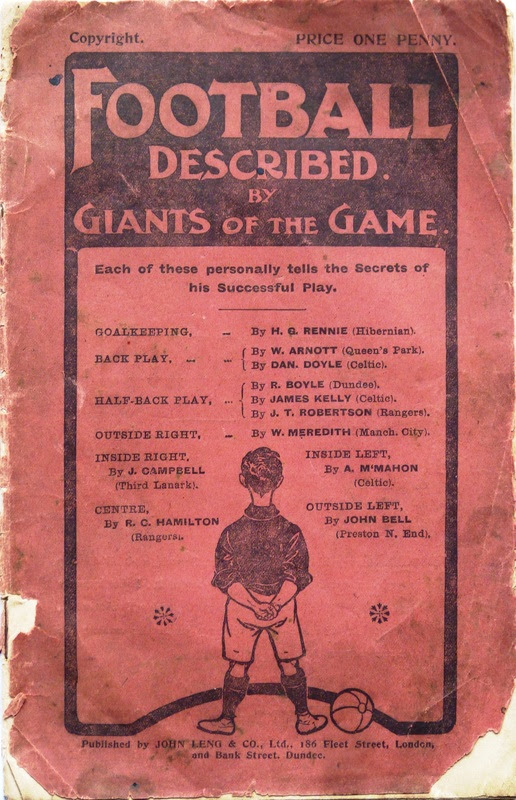 There's a link to a PDF of this 1904 booklet on Andy Mitchell's fantastic Scottish Sport History blog. 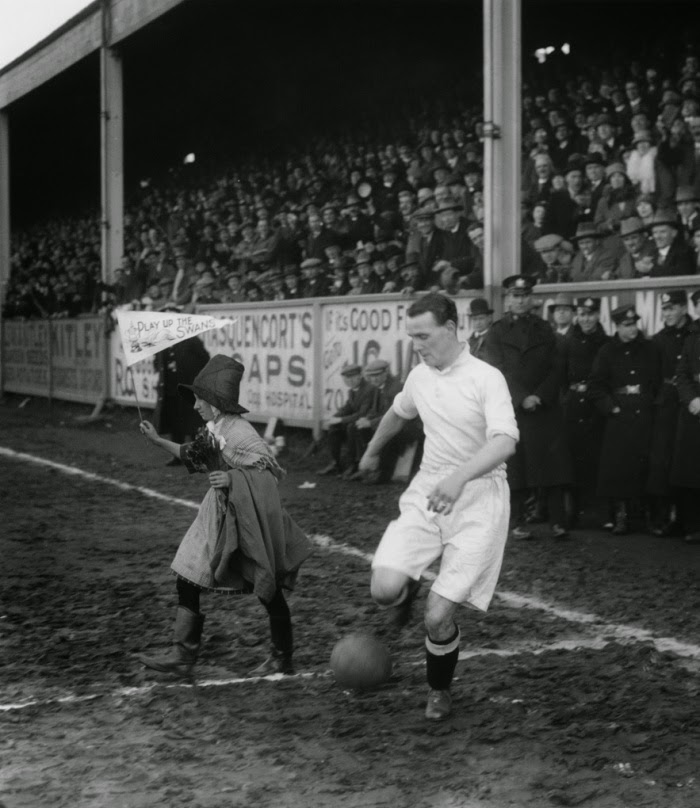 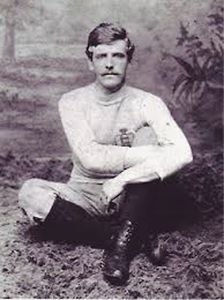 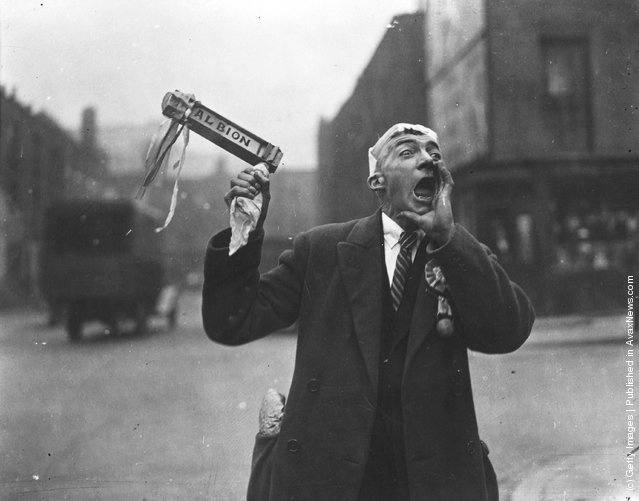 Enjoy the Copa and the  Euros, if at all possible... 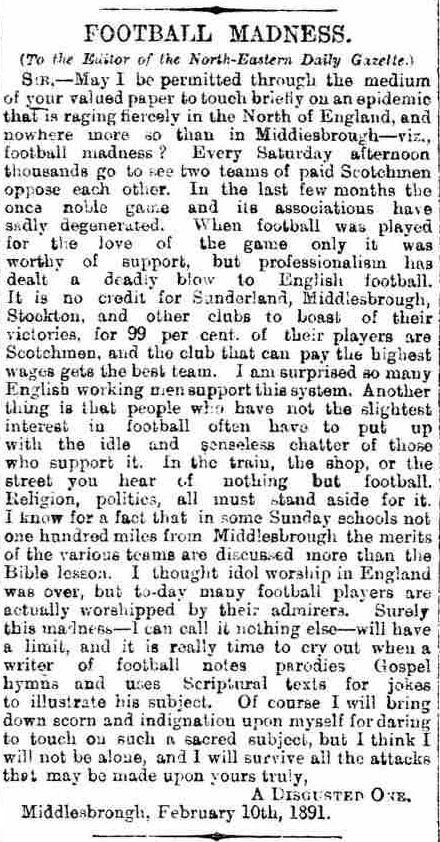 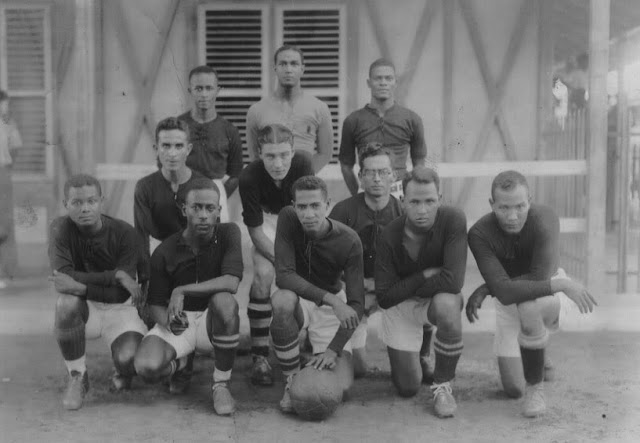 I love the way that this team group is set up in the 2-3-5 pyramid formation.
Test cricketer Ellis Achong is at outside left.
It's also good to see a player in spectacles at left half. 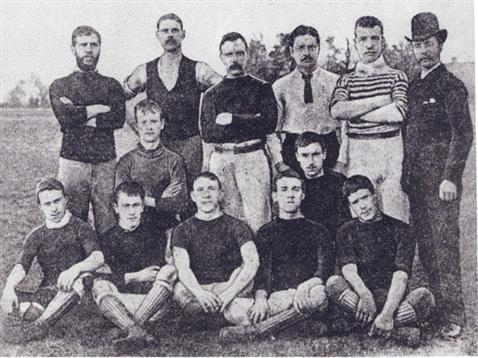 1885-86
Singer's was a bicycle factory in Coventry. The works team was founded in 1883.
In 1892 they won 3 cup competitions (The Birmingham Cup, The Wednesbury Cup and The Walsall Cup).
In 1894 the club joined the Birmingham League (finishing 13th out of 16 in each of their first 3 seasons).
Singer's first entered the FA Cup in the 1895-96 season, losing to Burton Swifts.
In 1898 the name of the club was changed to Coventry City. 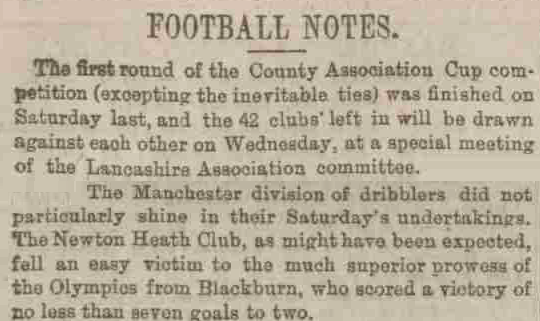 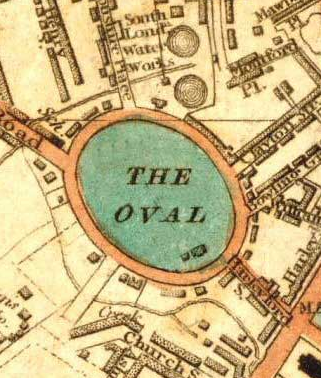 Having secured the use of the Surrey County Cricket ground at Kennington Oval The Wanderers put it to good use for the 1869-70 season.
Contemporary reports reveal that the Association game was still very much in its infancy. More than one of these fixtures was played between unevenly matched teams who failed to field eleven players.
Of the 19 known matches to have taken place at The Oval that season Wanderers featured in 15. They won 9 of these games and scored 29 goals.
The Wanderers had not yet reached their zenith. During the following 2 years football would undergo significant advances with the introduction of the FA Cup and international matches. The Oval would then assume the mantle of England's premier football venue.
Let's take a look at the first season:

Result or whether played unknown:

Advertised but not played: