Algeria born Villaplane was a robust left half who played for FC Sète, Nimes, Racing, Antibes and Nice.
He won 25 international caps and was the captain of France at the 1930 World Cup in Uruguay.
During the war he emerged from the criminal underworld as an officer of the Brigade Nord Africain, who operated under the direction of the Gestapo. He was actively involved in atrocities and was executed for his crimes in 1944. 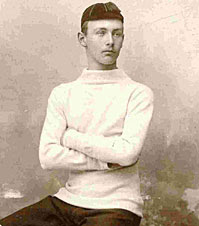 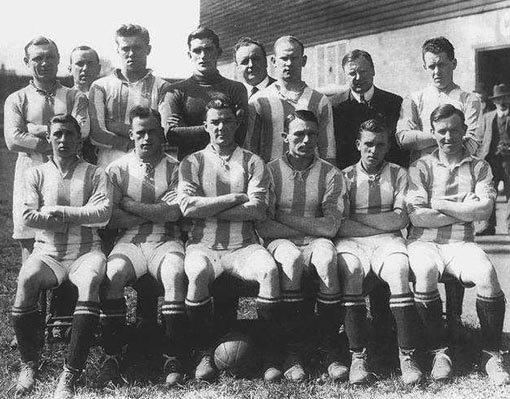 United's president, Mr John Hilton Crowther was a prosperous woollen mill owner who had injected a fortune into Huddersfield Town in 1918.  Huddersfield struggled to attract support, and their ability to sustain League status was called into question. With the demise of Leeds City Hilton Crowther proposed a merger between Huddersfield town and the newly formed Leeds United.  Whilst welcomed in Leeds, this proposal, which was submitted to the Football League, caused outrage and protests in Huddersfield. The situation was resolved thus: The League gave Huddersfield Town  a month in which to pay Mr Crowther off (£25,000) in order to maintain their independence. If they failed to do so the merger would go ahead. Hilton Crowther settled for £17,500 and 12,500 Huddersfield Town shares.
Strangely, for the first 14 years of their existence Leeds United played in the same colours as Huddersfield Town. 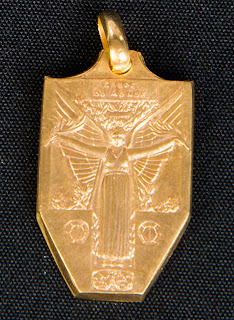 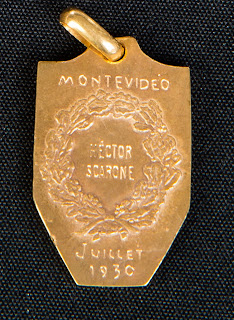 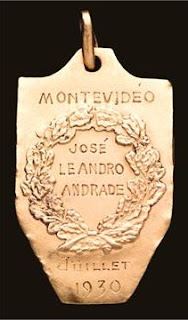 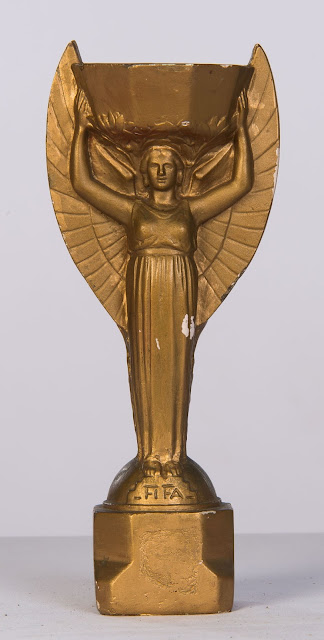 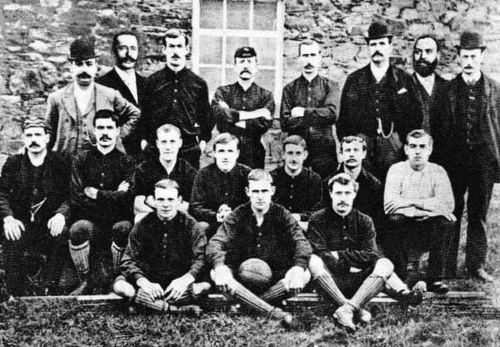 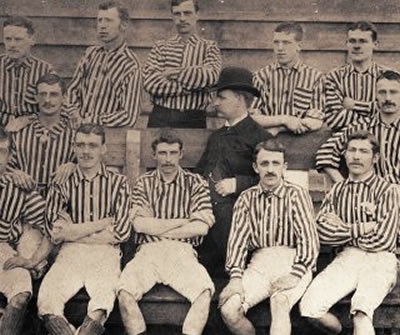 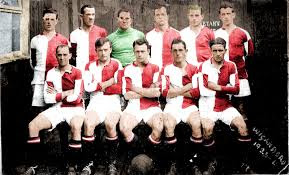 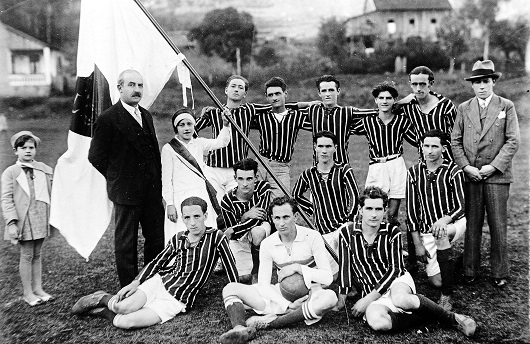 The city of Caxias do Sul in Rio Grande do Sul was founded by Italian migrants in 1890. The 2 major clubs in the city are Sociedade Esportiva e Recreativa Caxias do Sul (1935) and Esporte Clube Juventude (1913).
Pictured above is the team of FC Libertador from 1933. From what I can gather this was a team associated with the São Pedro woolen mill. 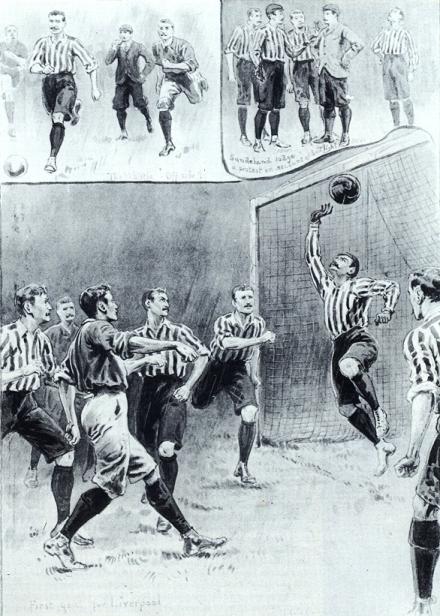 7th of November 1896, a match played at Anfield in rain and fog, Ned Doig (top  right) protesting that the light was too dim for the match to continue. Liverpool fielded 9 Scottish players, Sunderland 11.
Following this win Liverpool went top of the League, but eventually finished in 5th place.
Former Sunderland player Davy Hannah, playing at outside left, scored all 3 goals for Liverpool. 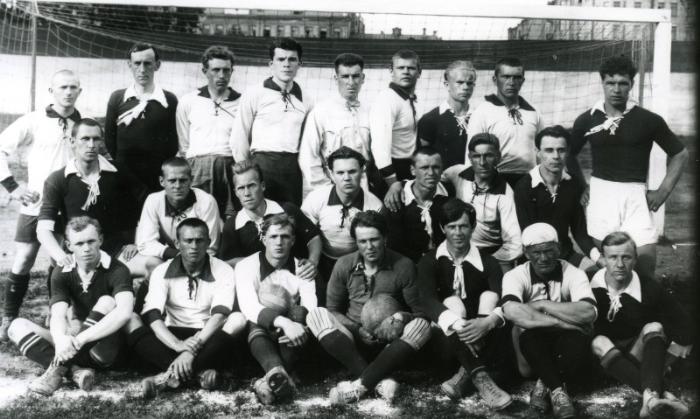 Stalinets (which very roughly translates as Steel men) was founded in 1925 by the workers of the Leningrad Metal Factory (Ленинградский Металлический Завод). Stalinets were effectively absorbed into the Zenit Leningrad club. 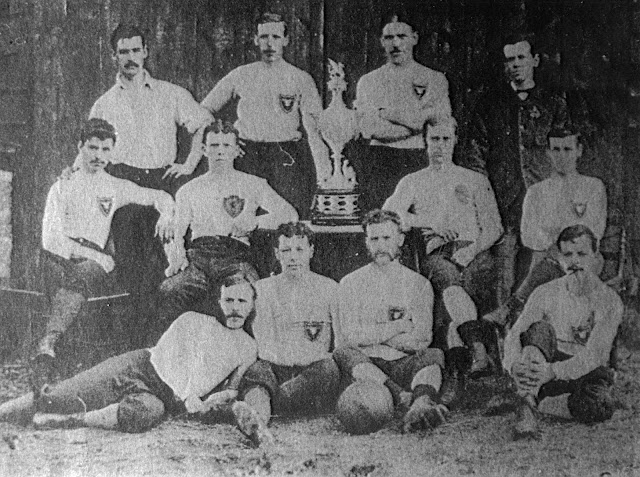 North East Wales was a hotbed of football in the late 19th century. A link to a very interesting article here. 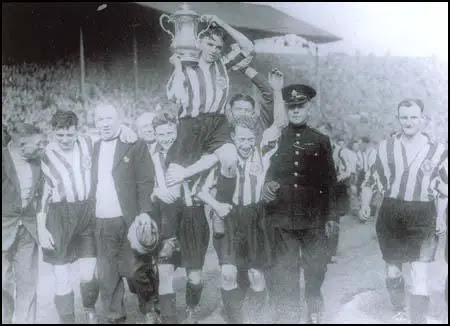 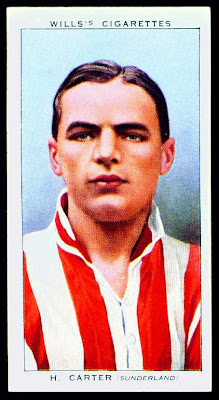 His wonderful positional sense and beautifully timed passes made him the best forward of his generation.

Horatio Stratton Carter made his debut for Sunderland in October 1932. His career went on until 1952. He won the League Championship with Sunderland in 1936 (when he was also top scorer in the League) and the FA Cup the following season.
He represented England 13 times.
His father, Robert 'Toddler' Carter had played for Burslem Port Vale, Stockport County, Fulham and Southampton. He tragically died of an head injury when Raich was just 14.
Carter junior had a trial with Leicester at the age of 17, but was told he was too small to make it. He broke into the Sunderland first team as an 18 year old, standing 1.70m and weighing around 59 kg. 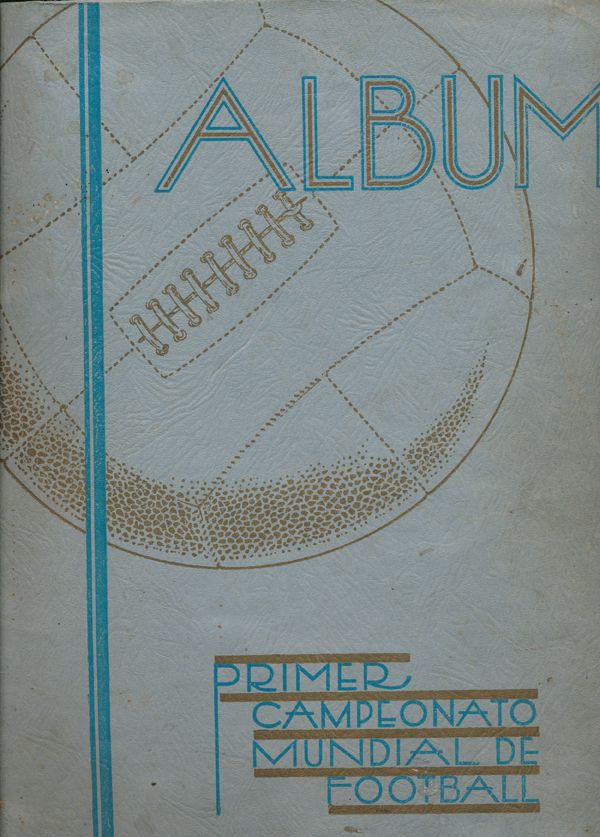 If I had a time machine I think the first football match I would go and watch would be the 1930 World Cup Final.
This souvenir brochure was produced in a limited edition of 3,000 copies. Published by the Uruguyan Football Association the book featured 174 photographs and an account of the organization of the tournament, reports of all the matches and  FIFA's official summary.
A good copy would fetch about € 1,100 at auction. 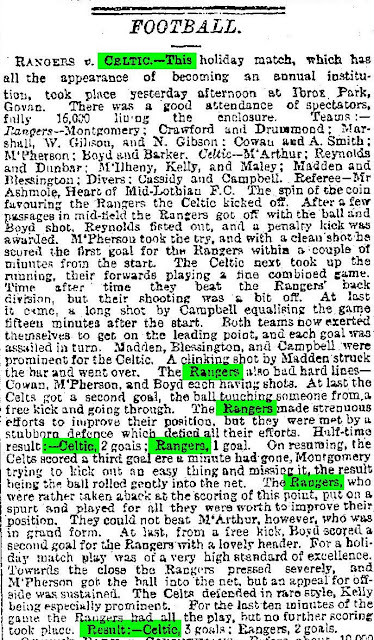 The Glasgow Herald 02.01.95
The cutting above appears in the excellent Celtic Wiki
This was the first New Years Day meeting between the Glasgow rivals.