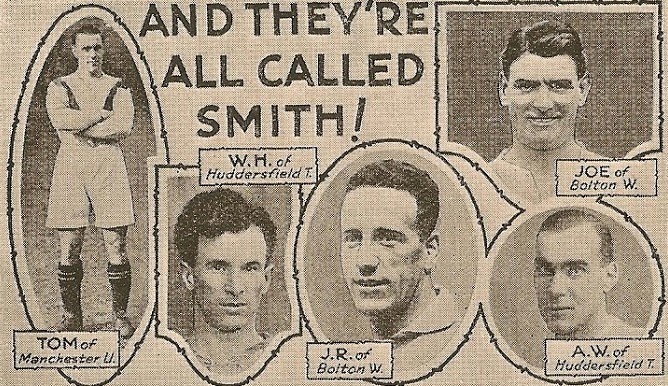 Tom Smith was an inside right who joined Manchester United from Leicester City in January 1924. He played 90 first team games for United before leaving for Northampton Town in 1927.