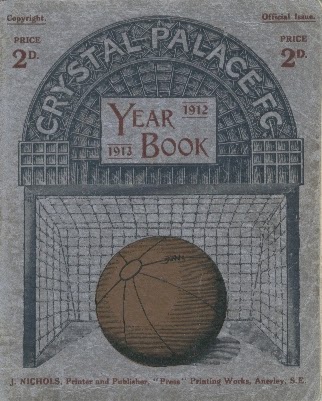 Crystal Palace's yearbook for 1912-13. Palace finished the season  in 5th place in the Southern League.  Formed in 1905, in 1920 they were founder members of the Third Division. 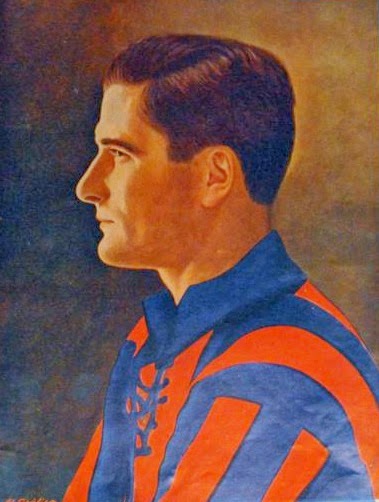 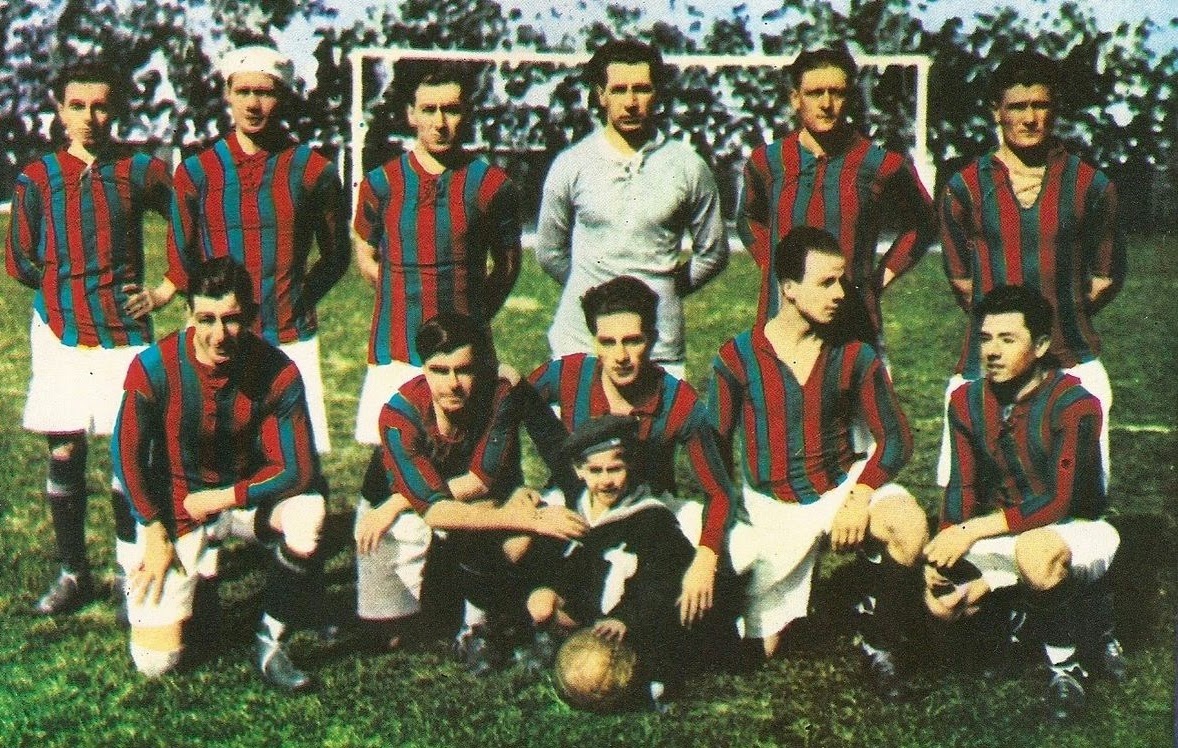 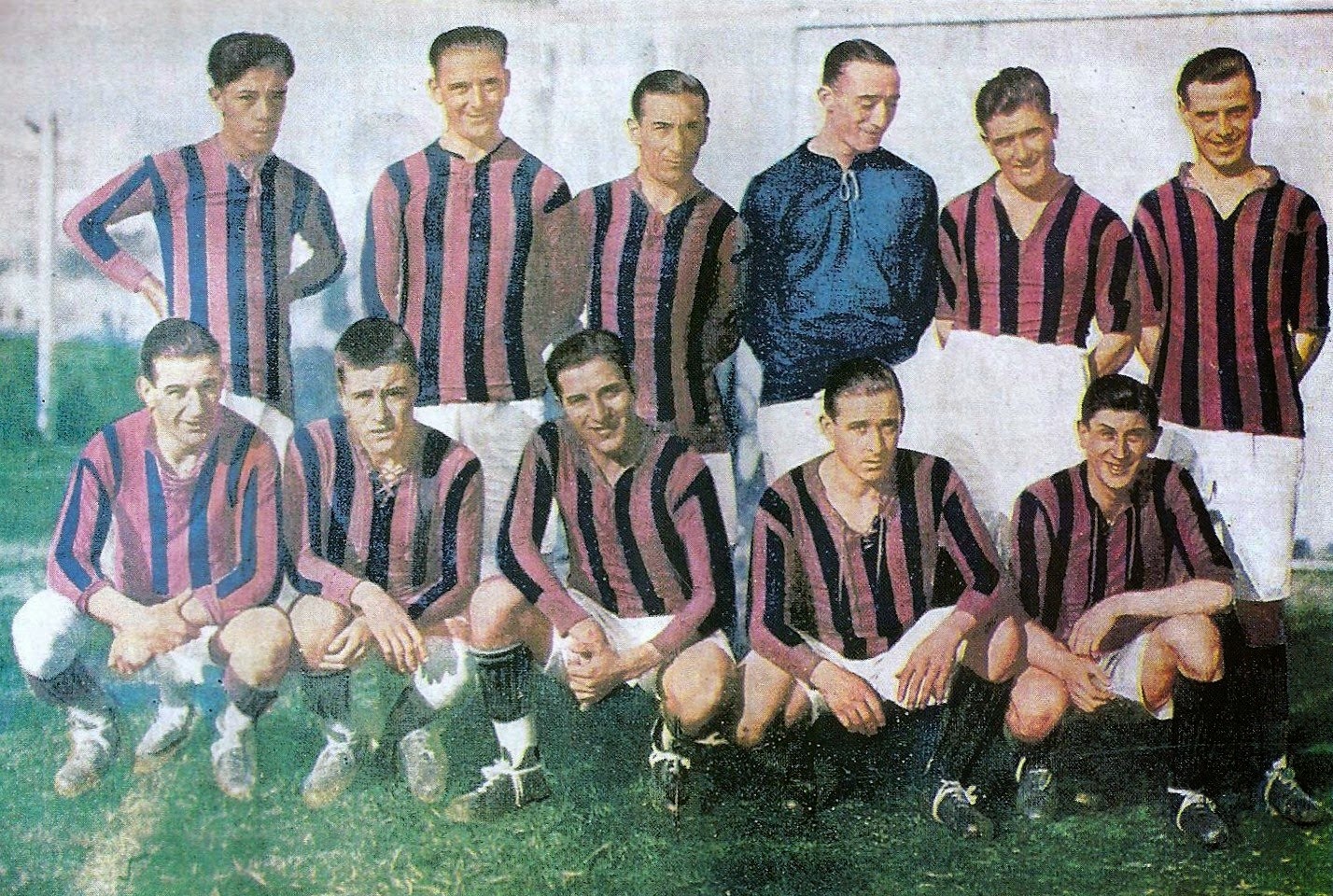 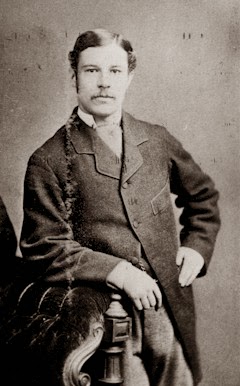 In 1874 the Nottingham Forest skipper Sam Weller Widdowson decided to protect his shins with modified cricket pads, cut down to size.
Widdowson made 1 appearance for England in 1880, by which time he had already been chairman of Forest for a year. 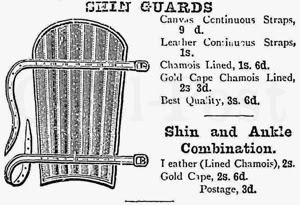 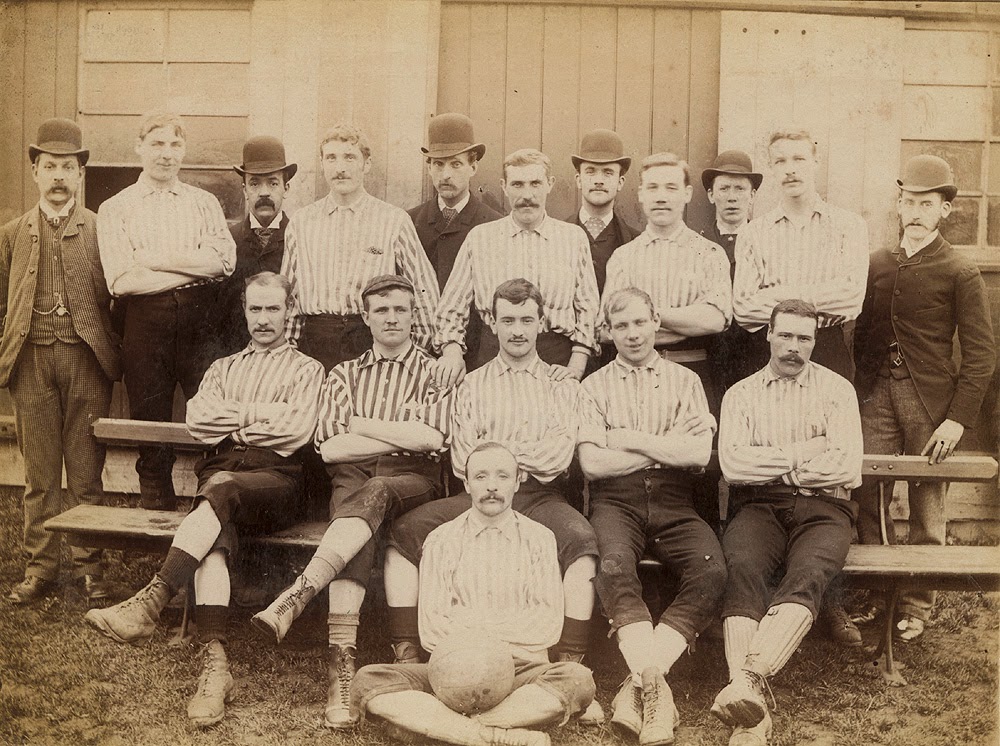 Initially the shin guards were seen as a novelty, and were even a source of derision. They were also something of a luxury (only one player in the unnamed Scottish team above seems to be wearing them). Partick Thistle, on the other hand are far better protected... 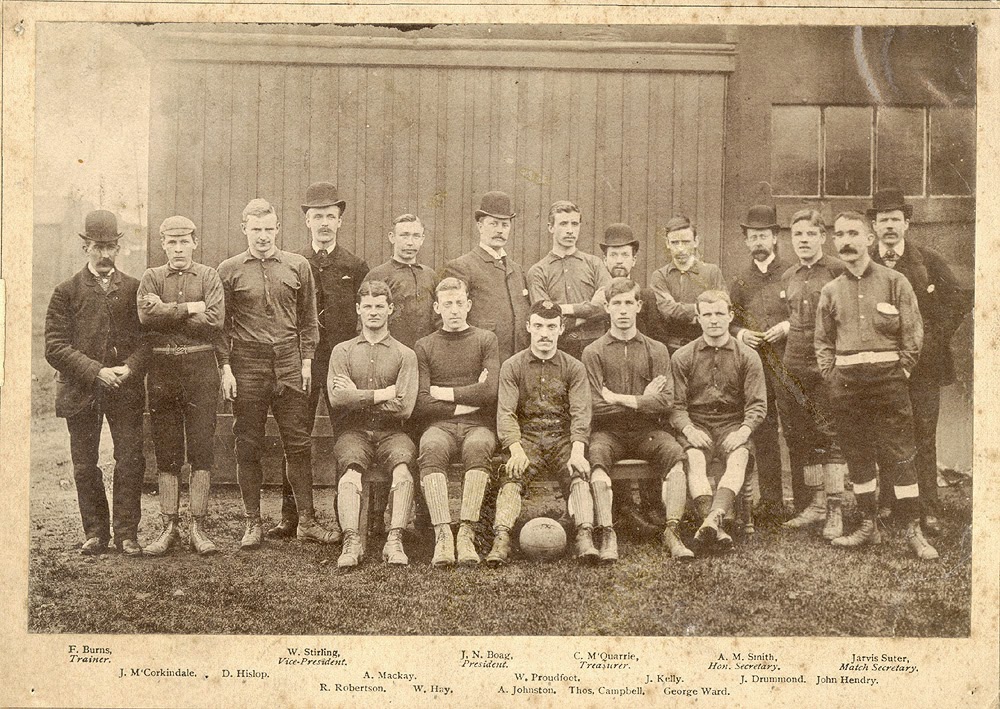 Before the advent of Association Football the most popular spectator sport in England was cricket. In the early days the FA borrowed some ideas from the summer game (hardly surprising as pioneers of the game, notably CW Alcock, were also cricket men).
County representative football matches never really took off.
Cricket had introduced a North v South match in 1836. An Amateurs v Professionals (Gentlemen v Players) match had been played as early as 1806 and became an annual fixture in 1819! It was a tradition that endured in cricket up until 1962. Football didn't have this option, of course, as until 1885 there were no professionals (not officially), and as we will see, when professionalism did emerge the distinction between amateur and professional virtually followed the north south divide (the Midlands being considered northern).
Alcock did arrange a North v South match in December 1870, but it was a one off affair and the sides were not truly representative as Association football was only beginning to take root in the north and midlands at the time.
By 1878 the distinction was more meaningful.

North v South
The first North v South match was scheduled for the 1878-79 season. It was to be played in Sheffield but never took place due to enduring frozen conditions.
A series of 6 annual games was played.

* I'm assuming that Lunnon was pressed into service as a replacement for an absent Northerner.

Professionalism was acknowledged in July 1885, and in the following season a fixture was arranged that pitted a selection of paid players against their amateur counterparts. 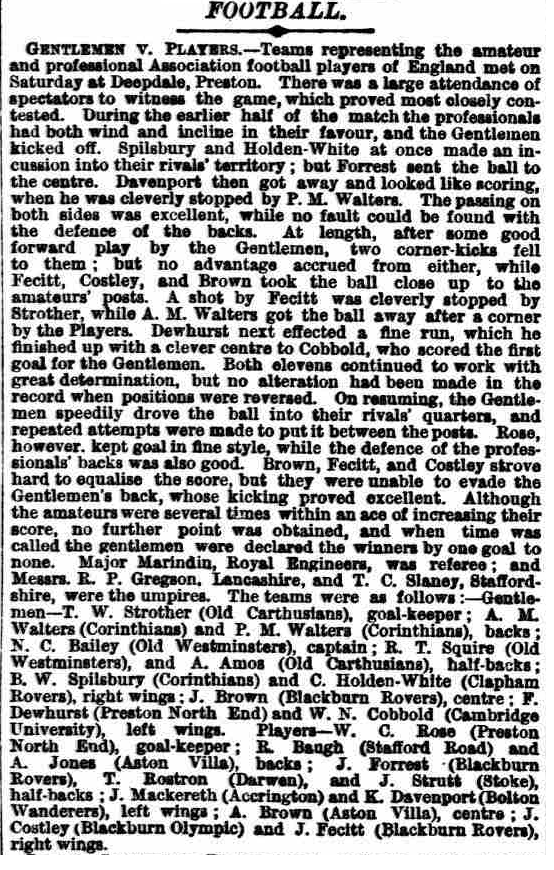 
Two strong teams on show. 17 of the 22 players were capped by England at some point during their career. Those representing the Gentlemen won a total of 74 caps and the Players 28. The presence of Major Marindin (who was fiercely opposed to professionalism) as referee illustrates the high status of this game in the eyes of the FA. At this point the future of the annual England v Scotland match was very much in the balance due to the Scots hard line on professionalism, and the FA were keen to explore the options for other blue riband fixtures.
It is interesting to note that Rose had migrated North with the legalization of professionalism. I wonder how he earned his money when he was still playing for Swifts?
Notice the presence in the Gentlemen of Dewhurst (a schoolmaster) and Brown (a Solicitor's Clerk and co-founder of Blackburn Rovers)- representatives of the 2 great professional teams of the day.
This season also saw the shift from 2-2-6 to 2-3-5 with one of the centre forwards morphing into a centre halfback.


The South v North fixture co-existed with the Gentlemen v Players in the 1885-86 season. This match was described at the time as an England trial...


The next Gentlemen v Players match was part of the annual Charity festival - a game of Rugby followed by a game of football at The Oval with the proceeds being donated to hospitals. 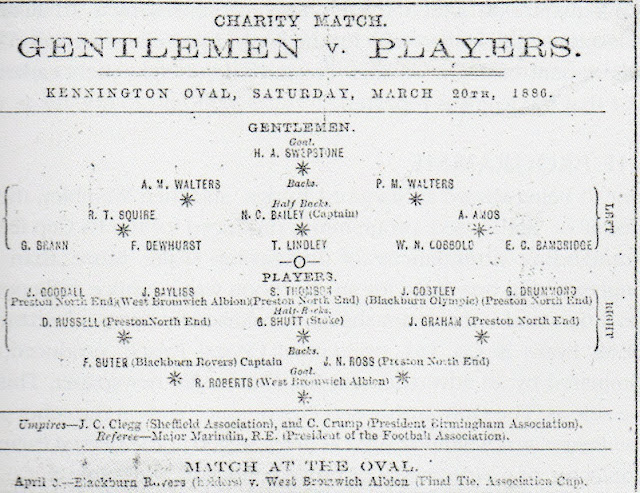 6 Scotsmen in the Player's XI. 11 England caps for the Gentlemen...


* 5 Scots and ** a Welshman on the professional side. Herby Arthur (Blackburn Rovers) retained amateur status as he worked in his family leather business.

Preston North End had a match against Renton on this day.

1887-88
When the prinicpal fixtures for the 1887-88 season were announced there was  a Gentlemen v Players match (provisionally for 10.12.87) and also a North v South fixture- though the press pointed out that it was unlikely that both would be played.
The decision was made at an FA Council meeting on 06.12.87 to revive the  North v South fixture

An uncapped XI for The North- in the first meeting since the inception of the Football League 6 of the North's XI came from League clubs. There was a full League programme the same day.