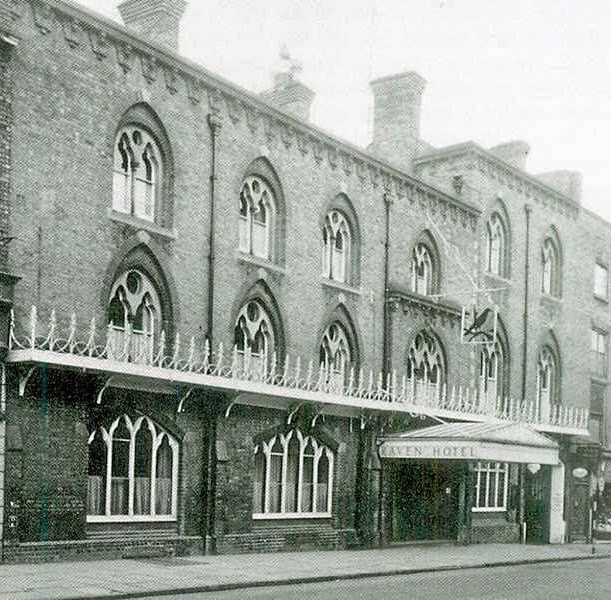 In the long history of the FA Cup only one tie has ever been decided in a hotel.
The hotel, pictured above, was The Raven in Shrewsbury. The match was a first round tie between Shropshire Wanderers and Sheffield FC in the 1873-74 season.
Having drawn 0-0 at Bramall Lane the sides replayed at Shrewsbury Race Course on 17th November 1873.
The replay also ended 0-0 (with Sheffield reduced to 9 men by injuries). It was then agreed to settle the match on the toss of a coin.

Interesting to note that the idea of deciding the match on a coin toss came up at the after match supper, rather than right away at the end of the game. Victorian match reports frequently included coverage of the hospitality arrangements, but on this occasion they were central to the outcome!
Some noteworthy individuals took part in this match- J.C. Clegg played in the first England XI and later served as both chairman and president of the Football Association. On the Shropshire Wanderers' side were Llewelyn Kenrick - founder of the Football Association of Wales and Wales' first captain and John Hawley Edwards, who represented both England and Wales in international football.