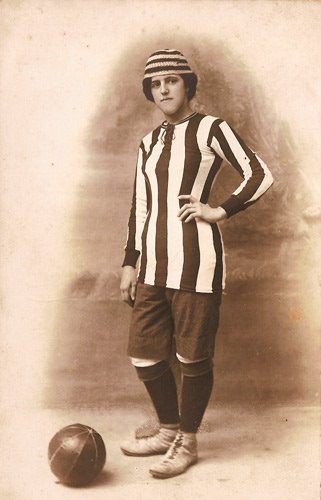 Apparently Ana Carmona Ruiz, known as Nita Carmona, played for Sporting Club Malaga in the 1920s in the guise of a man. 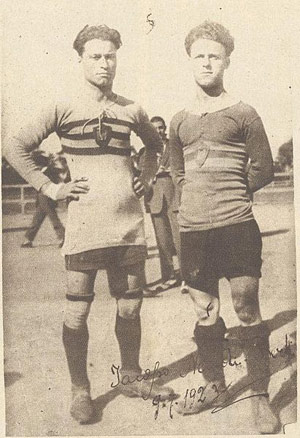 Brothers Bruno and Gino Jacoponi, a goalkeeper and a forward respectively, played for Livorno  in the Prima Categoria final of 1920. 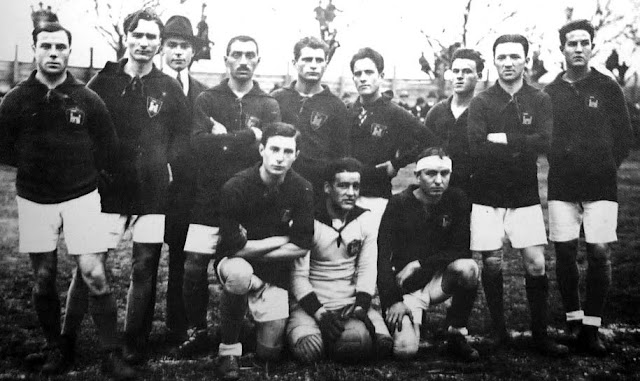 In 1923 the brothers moved to Chile where they joined Audax Club Sportivo Italiano.
Audax won the Copa Ismael Pereira Íñiguez in 1924.
Gino Jacoponi was still playing for Audax in 1933, the year of the first Chilean national championships. 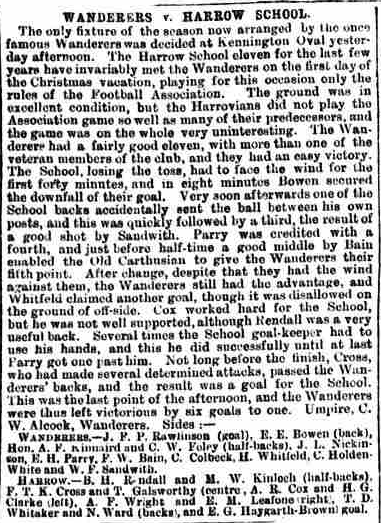 The club named after a ship... 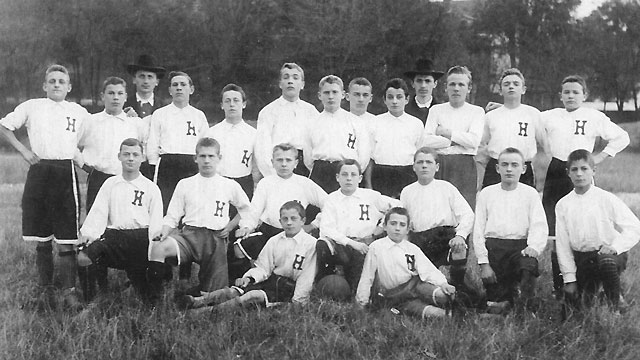 Hertha was a steamship that cruised the Havel River. It so impressed young Fritz Lindner that when he formed a football club in 1892 he took not only the name of the ship, but also its blue and white livery.

Berliner Fußball-Club Hertha 92 was founded on 25.07.92 by Fritz and his brother Max and the Lorenz brothers, Otto and Willi. These were 16-17 year old youths.
In 1900 the club were founder members of the Deutscher Fußball-Bund .

In the 19th century officials (umpires and referees as they were until 1891) were often drawn from among the ranks of the players.
Segar Bastard of Upton Park refereed the 1878 FA Cup Final at the age of 24.
Mr Bastard had the distinction of refereeing an international match before playing in one.

He took charge of the 60 minute match between England and Wales at a snowy Oval in January 1879.
In March 1880 he made his sole international appearance as a player, playing wide on the right in a 5-4 defeat in Glasgow.
Two days later he umpired in the Wales v England match at Wrexham.

In 1881 Mr Bastard oversaw Wales' shock 1-0 over England at Blackburn (again in the snow). 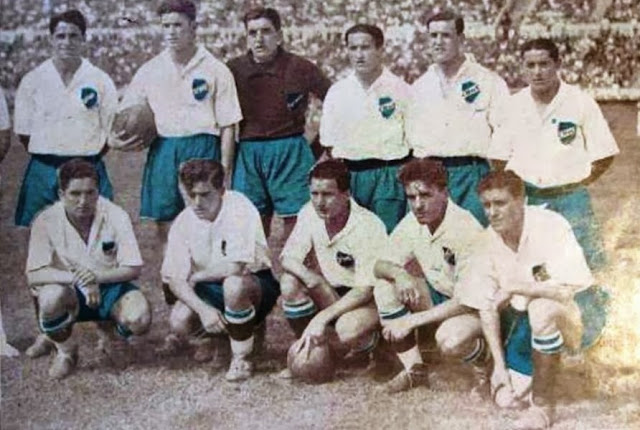 Nacional won back to back championships in 1933 & 1934, the team nicknamed La Máquina Blanca.
The 1933 championship concluded (almost) in the notorious  El gol de la valija  incident
The record of the 2 Championship seasons was:

Américo Szigeti of Hungary became head coach during the 1933 season.
The players who contributed to La Máquina Blanca were: 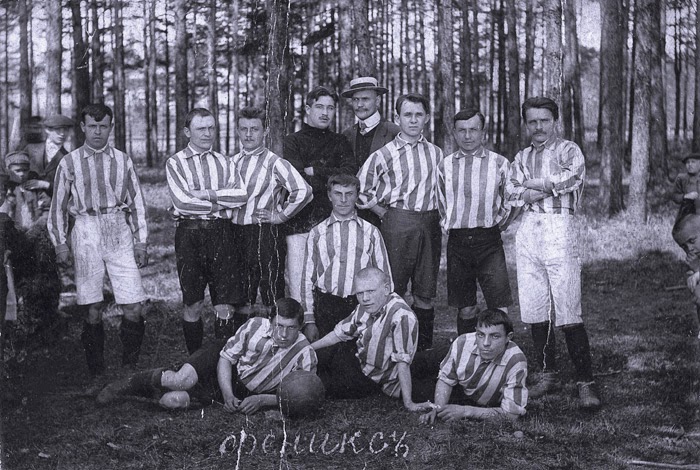 Phoenix were active in the Moscow area in the years leading up to the war with the Central Powers (1914).
Based at Zuyevo, Phoenix played in the Orekhovo-Zuyevo league.

Sheffield Wednesday At The Seaside 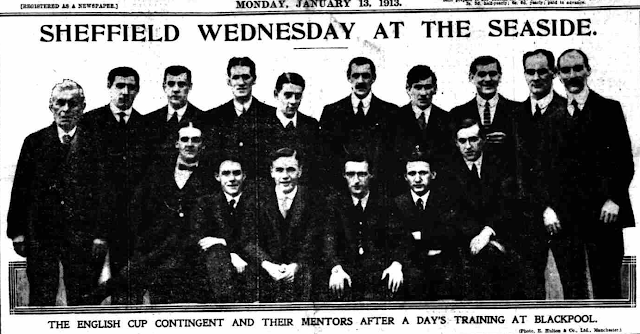 The seaside preparation paid off as Wednesday beat Grimsby Town 5-1 at Owlerton on 16th January, David McLean scoring 4.
The clubs official name was The Wednesday Football Club up until 1929, but the press often referred to them as Sheffield Wednesday. 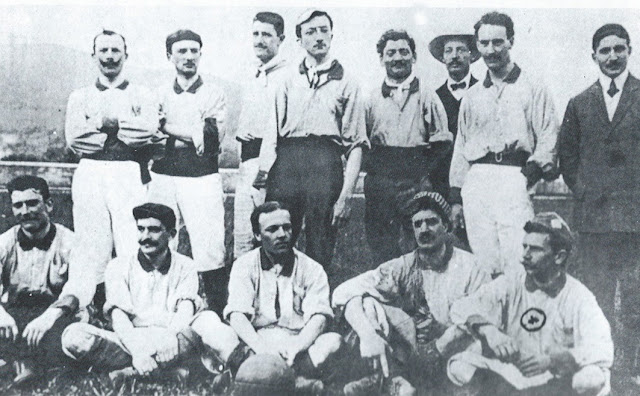 Foot Ball Club Bergamo was founded by Swiss residents of the city in 1903-04.
They participated in the Lombardy championships up until 1910, but were eclipsed by their neighbours Atalanta Bergamasca Calcio (founded 1907).

The London FA was established in 1882, effectively as a branch of the actual Football Association with the purpose of overseeing club football in the metropolitan area. This was to enable the FA to focus on administering the Laws of the Game, the FA Cup  and international football. Any clubs within 12 miles of Charing Cross fall under the jurisdiction of the London  Association.
The following clubs were members in the inaugural season: 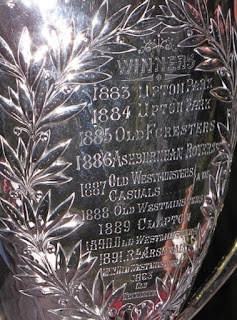 The first President was A.F Kinnaird, Vice presidents were C.W Alcock and R.A Ogilvie. Hon. sec. was N. L Jackson (founder of Corinthian F.C, who eschewed 'competitive' football). London followed the example of provincial associations and instituted a cup competition for member clubs.
Southern Football was essentially amateur up until the 1890s (Royal Arsenal and Brentford  are the only teams featured here to play League football until Wimbledon and Barnet graduated to the League in the 1970s and 1990s).
The early years of the competition were dominated by venerable amateur clubs that regularly saw players capped by  England.
Old Carthusians had won the FA Cup in 1880-81 and were semi-finalists in the following 2 seasons.  Their wins in  1894 and 1897 were 'doubles' in which they also won the FA Amateur Cup. 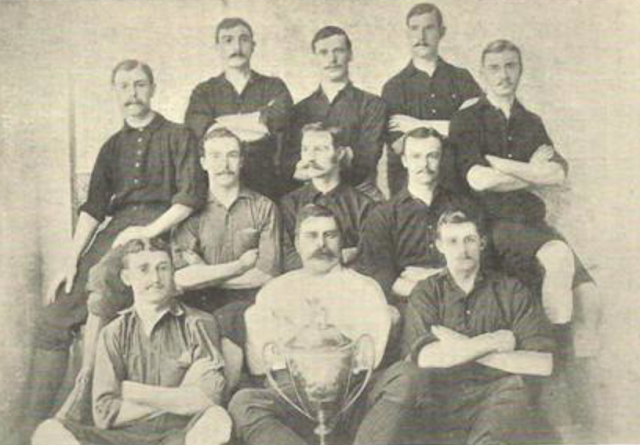