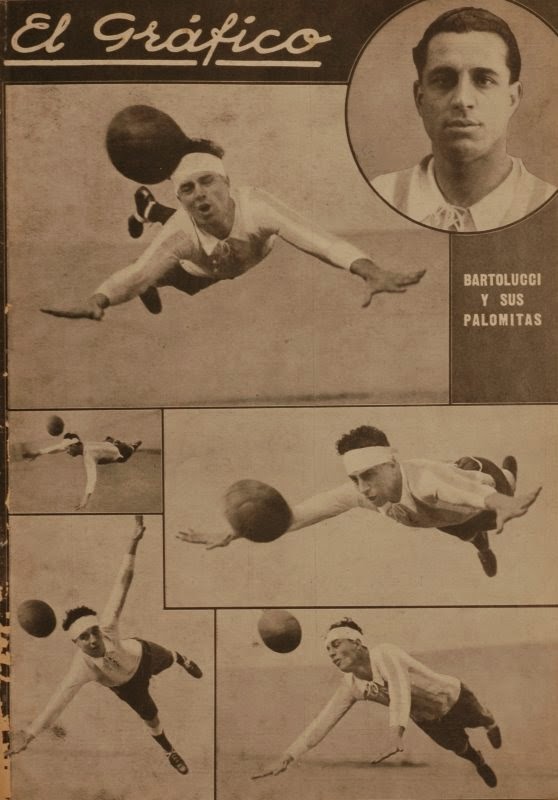 Bologna were the Italian champions of  1928-29. Just a fortnight after the decisive play off match both Bologna and runners up Torino were in South America on tour. One of the highlights of the tour was the clash between Bologna and Argentina on 15.08.29 which Argentina won 3-1 and in which  Bartolucci of Huracán figured prominently at right half.
The photographs above show Bartolucci executing the move that earned him the nickname Palomo (The Dove)- for it was he who introduced la palomita- the diving header.
Bartolucci was also instrumental in setting up Asociación Mutual de Jugadores, which led to the professionalization of Argentinian football in 1931.