The club named after a balloon?

In December 1909 the Argentine aviator Jorge Newbery made an historic balloon flight (550 km in 13 hours) covering Argentina, Brazil and Uruguay. The balloon was called El Huracán.
The Nueva Pompeya suburb of Buenos Aires had been home to a football team since 1903 when  Los Chiquitos de Pompeya was founded by local schoolboys. In 1905 this outfit evolved into Defensores de Ventana. In 1907 the decision was made to step up into a more organized level of football. A change of  name was again proposed - the poetic   Verde esperanza y nunca pierde being chosen. Legend has it that when the club members went to have an official rubber stamp made the name was changed to Huracán because it was cheaper to have printed and that Huracán was chosen because it appeared on a poster in the window of the shop.
Further reorganization came in November 1908- a merger with Pompeya con Parque Patricios. This is recognized as the official foundation of Club Atlético Huracán.
Notice though that these events pre date the voyage of Newbery. The balloon Huracán arrived in Argentina in 1909- Newbery first piloted it in June of that year. The chance selection of the name Huracán at the printers and the name of the famous balloon was a coincidence.

The association between the club and the aviator developed after the famous flight. The club approached Newbery for permission to use the balloon image as a crest. Newbery approved and was made an honorary President of the club. Newbery also helped the club to acquire a better playing venue and to become affiliated to the Argentine Football Association.
Consequently in 1912 they participated in the 3rd tier of Argentinian championship football (meaning they could only field players aged under 18 for league matches), and they won promotion for 2 successive seasons. 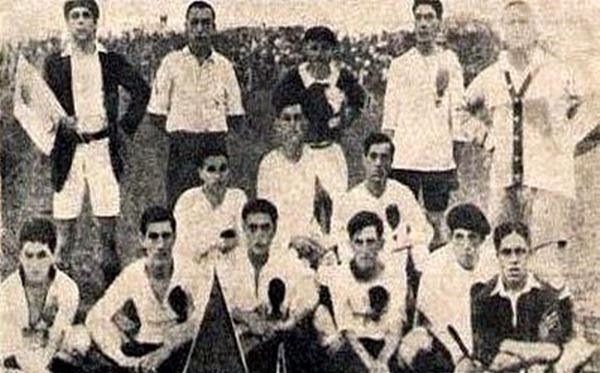 Club Atlético Huracán, 1913- notice the balloon on the badge is very large. 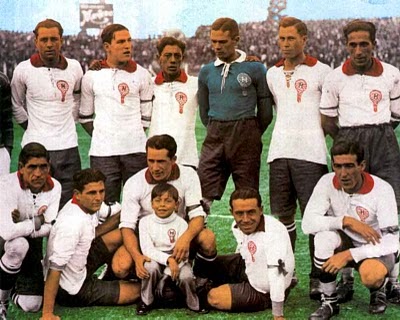 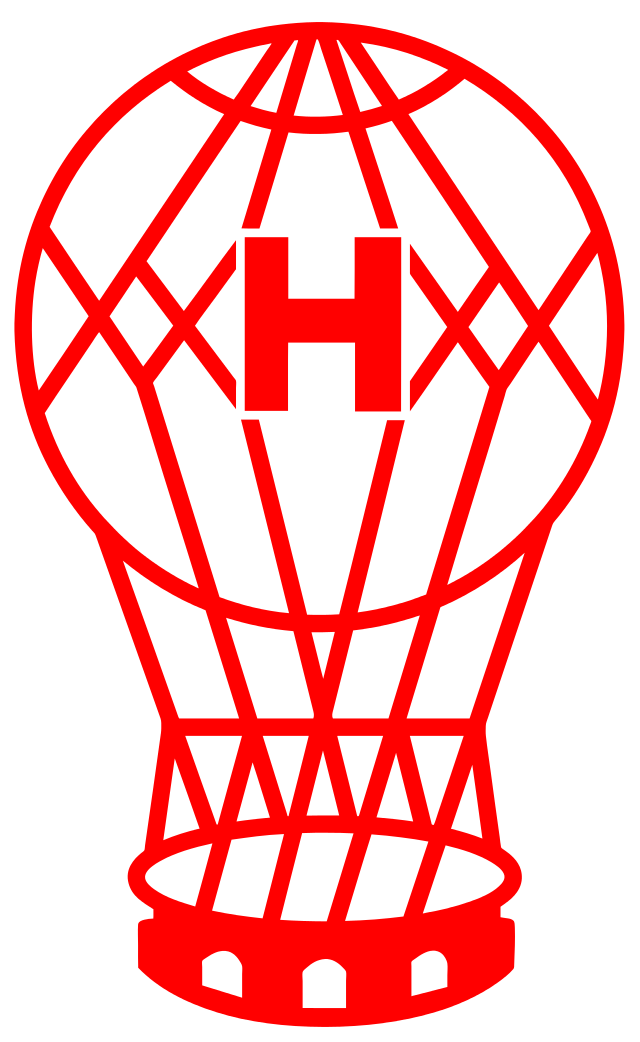