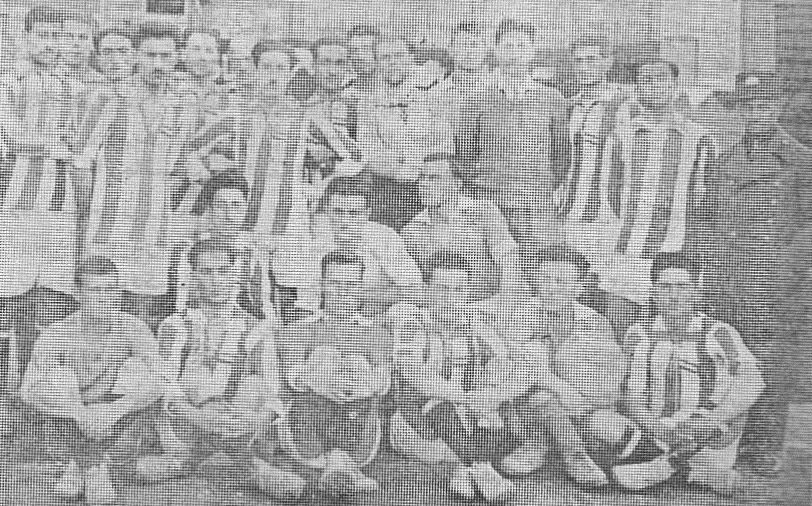 As was the case in so many countries, it was Britons who first played football in Persia.
1907 saw the first organized tournament in Tehran, founded by the was the British Ambassador and featuring 3 teams made up of European diplomats, civil servants and bankers.
.In the same year, Tehran Football Association Club was founded. It was an association rather than a single club- again, the participating teams were all British residents of Tehran.
Iranians were begining to take to the game. Karim Zandi is recognized as being the first Iranian footballer, beginning his career in 1908.
It was in the 1920s that Iranian football for Iranian people really got underway.
1920 The  Iranian Football Association (Majmaa-i Football-i Iran) was founded in 1920, along with
Iran Club (which morphed intoTehran Club in 1923).
Another noteworthy addition was  Armenian Sports Club (1922), the American College also featured.
The proto national team, the Tehran XI traveled to neighbouring Azerbaijan (then a part of the USSR, the Transcaucasian SFSR) in 1926. The squad featured 2 players with European experience- Dr. Amir Hossein Sadaghiani (who would later play in Belgium) had played for Fenerbahçe and Rapid Vienna, whilst goalkeeper and captain,  Hossein-Ali Khan Sardar had played for Servette and actually represented Switzerland in an international.


When Baku vivisted Tehran for the return matches 3 years later it marked something of a disaster for the game in Iran. The visitors might have been  impressed by the fact that the national stadium had been given a grass pitch, but the football played by the hosts was far from spectacular.


Interest in the game in Iran faded for a while on the back of these defeats.