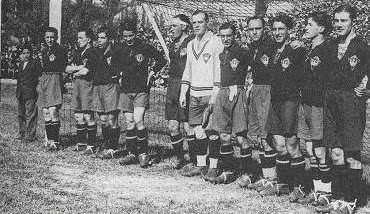 Prior to May 15th, 1929 England had played 24 matches against non British teams (Ireland was a part of the UK) won 23,drawn 1 for 121, against 27.
In the summer of 1929 the FA sent an international XI to play France, Belgium and Spain. It was considered a strong side. Camsell's absence was noted and unusually a non league amateur (Edgar Kail) was included, the last non-league player to play for the full England team.
France and Belgium were duly beaten. There was acknowledgement in the lead up to the game that Spanish football was improving and that England were unlikely to find the hosts a push over (various contemporary newspaper reports).
The match was broadcast live on Spanish radio and members of the royal family were amongst the 30-40,000 crowd at Atletico Madrid's Estadio Metropolitano. The queues were reportedly a mile long and tickets were said to have changed hands for the astronomical equivalent of £10

The temperature was high and England ran out of steam as the game progressed.  Lazcano's equalizer prompted a mass pitch invasion that was dispersed by sword wielding Civic Guards. When Goiburu, the  only amateur in the Spain team, scored the winner the crowd again flooded onto the pitch.

Spanish football's day of triumph was tempered with tragedy- Snr Jose Maria Acha, president of the Bilbao FA, was killed in a car crash on his way to the game. 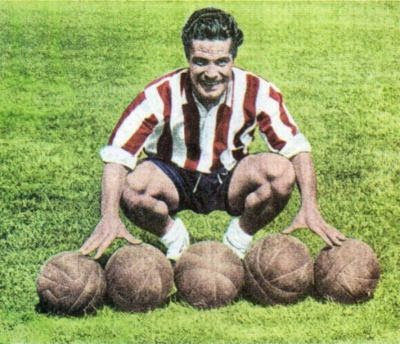 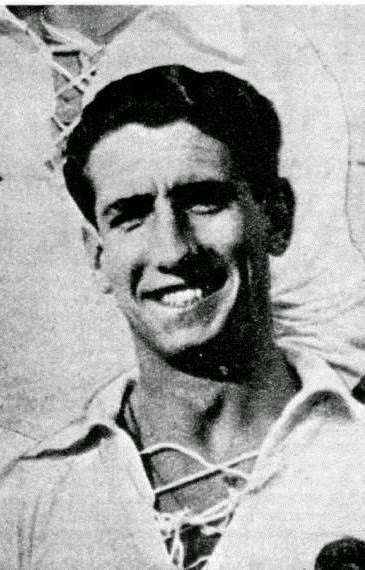 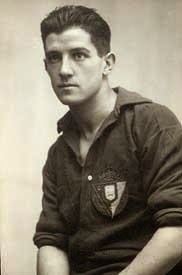