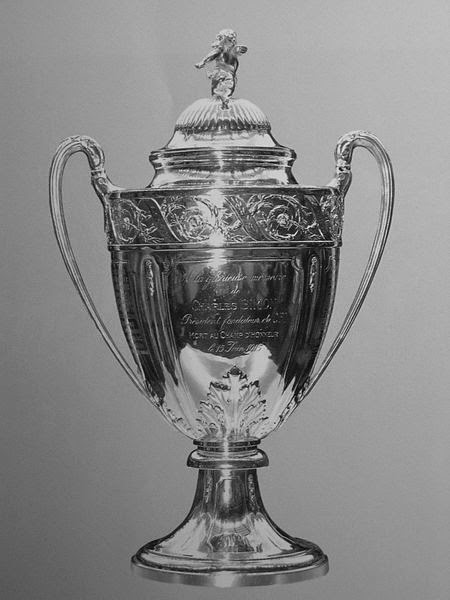 French football administrator Henri Delaunay had been so impressed by his visit to  the 1902 FA Cup Final (Sheffield United v Southampton at Crystal Palace in front of 76,914) that he had harboured ambitions of founding a similar competition in France.  Between 1915 and 1919 Delaunay was Secretary General of Fédération gymnastique et sportive des patronages de France. He replaced his clubmate Charles Simon. Both were associated with the Parisian club L'Étoile des Deux Lacs.
In 1915 Simon was killed fighting in the war. 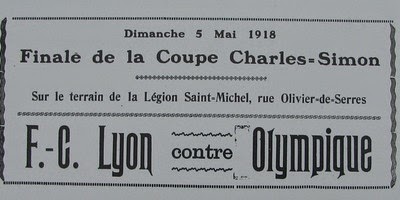 In 1917-18 at Delaunay's instigation, the first edition of the Coupe Charles Simon was played. 48 clubs entered (teams from the north and east were absent- the war was still in progress)- one team, British Aviation FC was disqualified as ineligible ( they weren't actually a French club or members of any French association).
A crowd of 2,000 paid 2 Francs each to watch the final, which was won by Olympique de Pantin. In 1918  Olympique changed their name to Olympique de Paris. In 1926 they merged with Red Star Saint-Ouen.