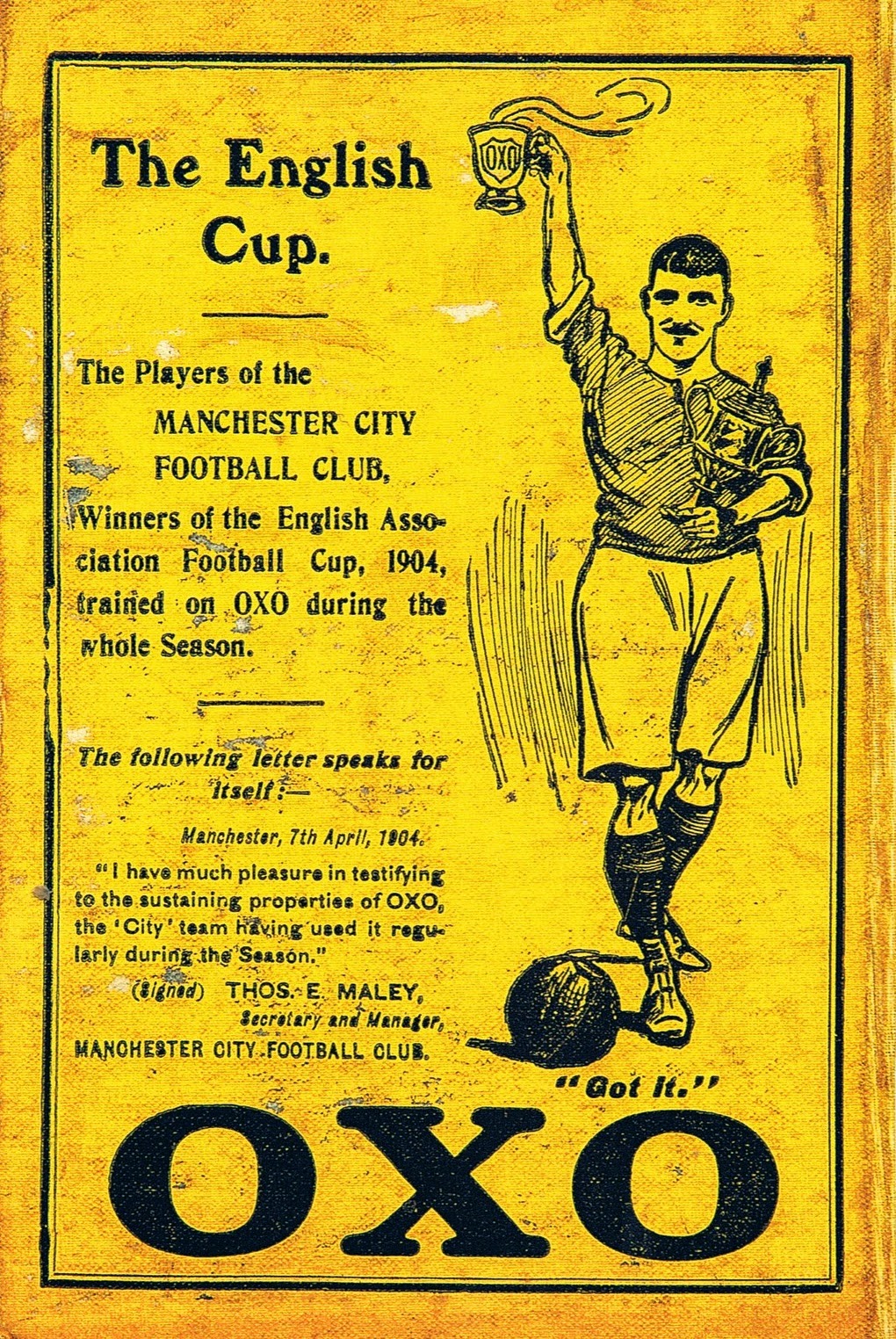 The Cup win was City's first major honour. Newly promoted from Division 2,  they were in with a chance of the Double, topping the league on April 16th but losing their final League game to Everton 2 days after the Cup triumph.
Tom Maley wrote the 'Oxo letter' 2 weeks before the Final. This might reflect the fact that City were odds on favourites to lift the Cup.
It is interesting as well to see Maley described as 'secretary and manager'- the role was developing during this period- moving away from pure administration into the realms of team selection and tactical preperation. (Billy Sudell had pioneered this at Preston back in the 1880s).