Erster Wiener Arbeiter-Fußball-Club 1898- their colours were red and blue.

In 1898  Erster Wiener Arbeiter-Fußball-Club (First Viennese Workers' Football Club) was founded. They drew their first ever fixture, against Meidlinger FC Vorwärts, 1-1.
Things went downhill from there.
A game against Wiener AC was lost 20-0. They finished bottom in the Kaiser Franz Joseph Jubilee Tournament. In their first season 19 games saw them register only one victory (4-1 over Vindobona Wien) and  their goal difference that season was 13 for and 107 against. After only 8 months in existence the club held a crisis meeting on January 8th, 1899. A new name was adopted: Sport Club Rapid. A change in name didn't, however, herald a change in fortunes. Rapid were still struggling.
In 1900 the newspaper Neue Wiener Tagblatt sponsored a Viennese league , seen as the forerunner of the National League. This competition, the Tagblatt-Pokal, ran from  1900 to 1904. Rapid were in the second tier.
In 1905 the club colours were changed to green and white.
By the time the Austrian football championship was inaugurated in 1911–12 (the interceding years had seen many attempts to formalize a league) Rapid had improved. They topped the 12 team Vienna section. They won the championship the following season and have gone on to become the most successful club in the history of  Austrian football. 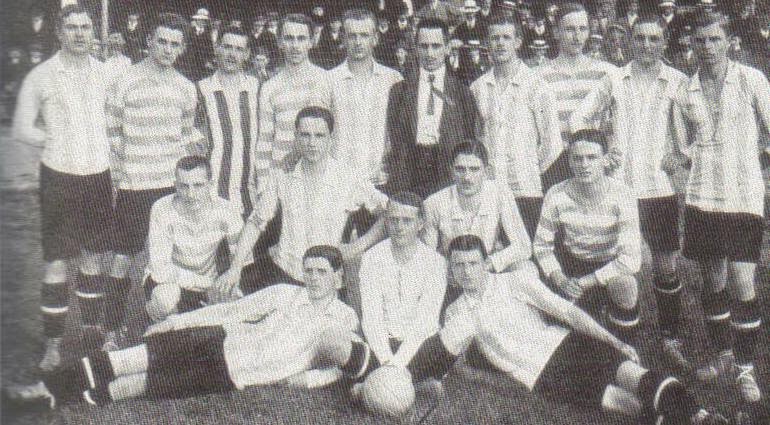