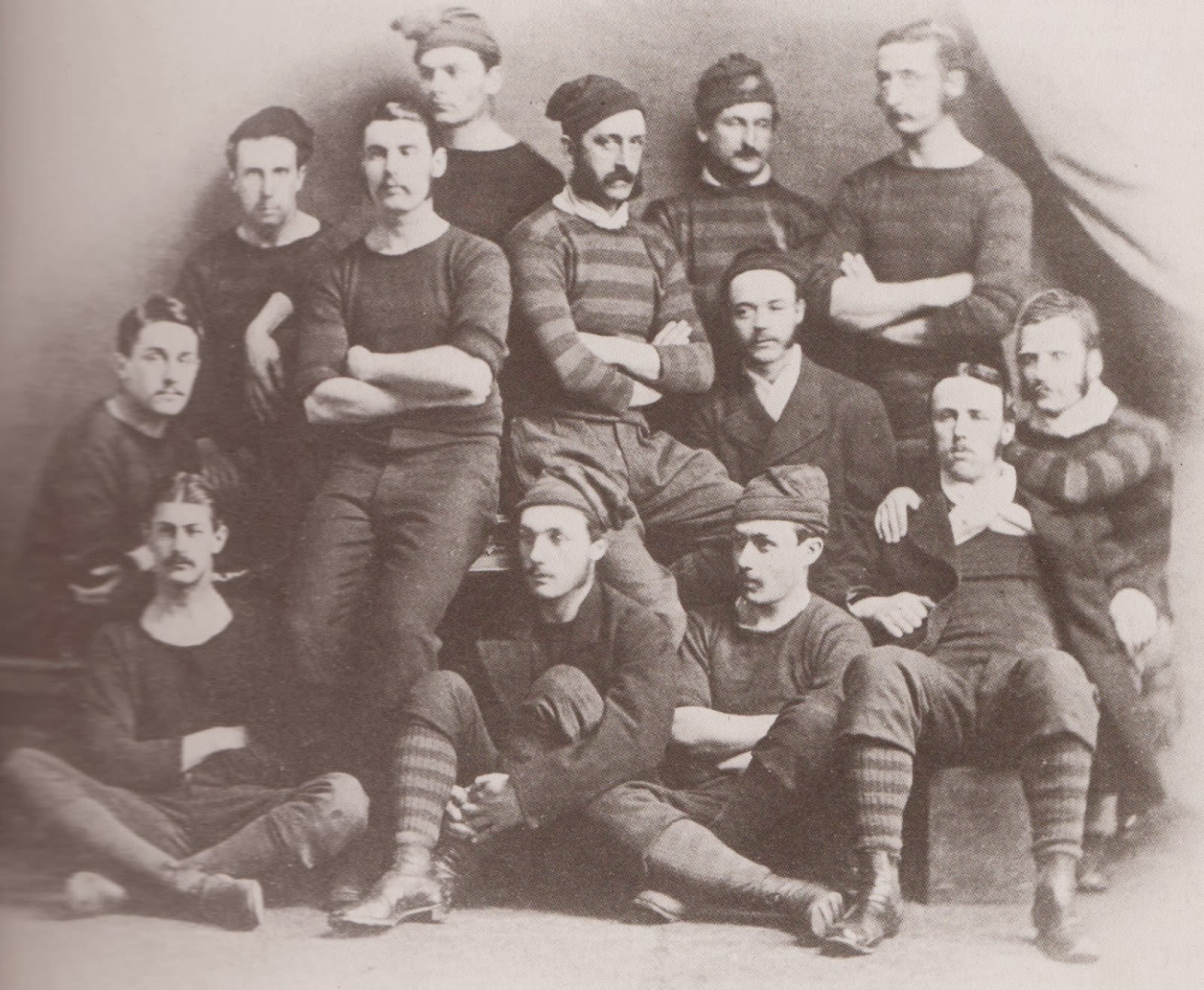 The Officers of The Royal Engineers, Chatham. A formidable outfit, early advocates of combination play, pioneers of the pyramid formation that dominated the game for 50 years.
In 1871-72 they were reckoned (according to contemporary reports) to have lost only 1 out of 20 games played (which would have been the FA Cup final), scoring 73 and conceding only 2. The central figure in this group is Francis Marindin.
The Royal Engineers team was made up of officers- in the 1872 and 1875 Cup Finals 2 Captains and 9 Lieutenants, 1874 a Major (Marindin) a Captain and 9 Lieutenants, 1878 11 Lieutenants.
Poignantly the Royal Engineers' last FA Cup campaign came in the watershed season of 1882-83 when the Cup went north for the first time.