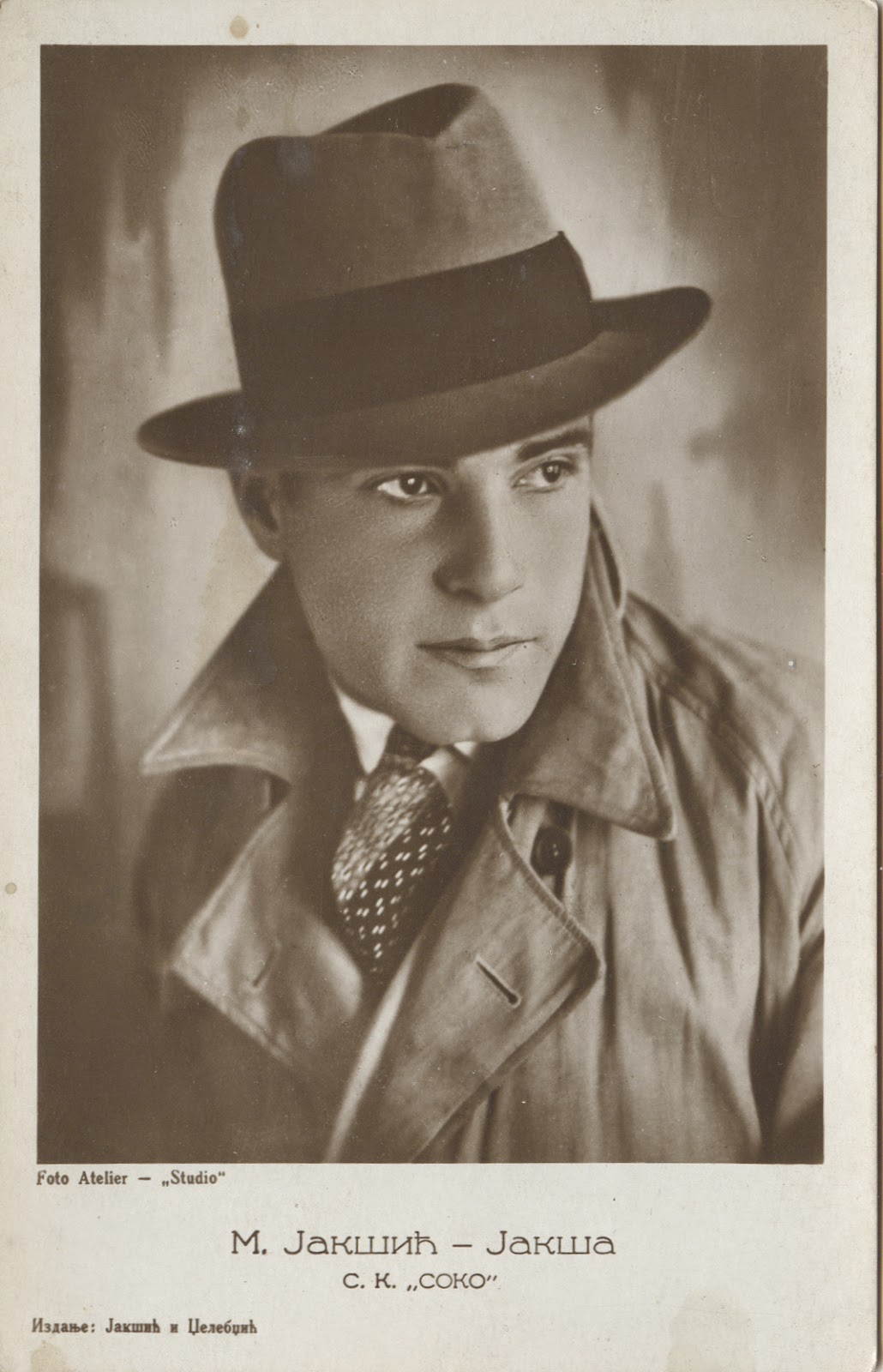 A more dapper representation than we are used to seeing on cigarette cards and stickers. Here is a studio photograph of Yugoslavia goalkeeper Milovan Jakšić.
Jakšić enjoys a legendary status- when one looks at his statistics this might seem strange... He played 3 World Cup matches and in one of those, a semi final, he conceded 6 goals. His fame had been cemented, however, in the group game against Brazil. It was after this match that the local press gave him the name El Grande Milovan.
Not the tallest of keepers (1.76 m),  Jakšić had great reflexes and was noted for his physical robustness.
He played his club football for SK Soko (Belgrade).
Incidentally, legend has it that one of Uruguay's 6 goals against Yugoslavia in the semi final was set up by a pass from behind the goal line by a policeman! 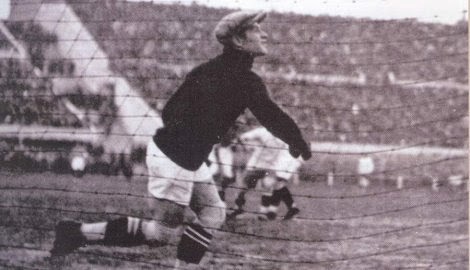