Héctor Henman (1906)
Harold James Henman was born in Oxford England and moved to South Africa when he was a boy. In 1906 , having toured Argentina with a South Africa XI  (playing in an unofficial international) he settled in the country, playing for Alumni before representing Argentina  in a Copa Newton match v Uruguay.

Leonel (Alfredo?) Peel Yates
All the reference sites tell us that Alfredo Peel Yates was born in England and represented Argentina 4 times in 1911. When I tried to find out a bit more about Peel Yates I found that he was referred to in Argentinian sources as either Leonel or Lionel Peel Yates.
A history of AA Estudiantes De Río Cuarto Cordoba tells us that Peel Yates, ' a vigorous man, of medium height and enormous mustaches' had played for Alumni in 1911 and had become the first Englishman to represent Argentina. The same source states that in 1912 he joined Quilmes AC, with whom he won the national championship.

An online history of Quilmes AC celebrating the centenary of this championship win lists Lionel Peel Yates as being one of 6 former Alumni players joining the club that season
I have also come across references to Leonel Peel Yates as having paid into a subscription that aided the introduction of Polo to Argentina.

Horacio Vignoles
Born in Uruguay!  Belgrano Athletic's Horacio Vignoles played for Argentina in a 2-1 win over the country of his birth on July 9 1913.

Zoilo Canavery (Caneveri)
Canavery played most of his football for Independiente, though he was at CARP when capped. He  was  the second Uruguayan to play for Argentina, playing on the right wing in a Copa Lipton match against Uruguay on August 15,1916.

Marius Hiller, also known as Eduardo Hiller, was born in Pforzheim. Hiller made his debut for Germany on 3 April 1910, and (at 17 years, 241 days) remains the youngest player to score an international goal for the Germans. In 1912 Hiller joined  FC La Chaux-de-Fonds (Switzerland) . In 1913 he emigrated to Argentina (due to his job) and played for All Boys and River Plate .On August 15, 1916 he made his debut for Argentina  in a 3-1 victory over Uruguay, scoring on his international debut for a second time. His 2 international appearances for Argentina yielded 4 goals. In the 1917  season Hiller scored 52 goals in 39 games. 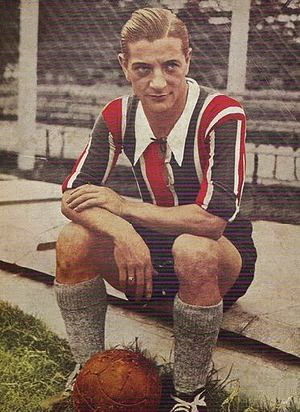 Renato Cesarini
A genuine oriundo! Cesarini was born in Italy, raised in Argentina. He played twice for Argentina before returning to Italy (signed by Juventus in 1929), where he gained a further 11 caps.

Pedro "Arico" Suárez
Arico was born in Gran Canaria. His family moved to Argentina when he was a baby. He enjoyed considerable success with Boca Juniors and was in the Argentina team for the 1930 World Cup final. He represented Argentina 12 times between 1930 and 1940.

Constantino Urbieta Sosa
Midfielder Sosa played 2 internationals for his native Paraguay in 1931. That year he left Nacional (Asuncion) to play his club football with Newell's Old Boys. He settled in Argentina, playing for a succession of clubs, and featured for Argentina in the 1934 World Cup . 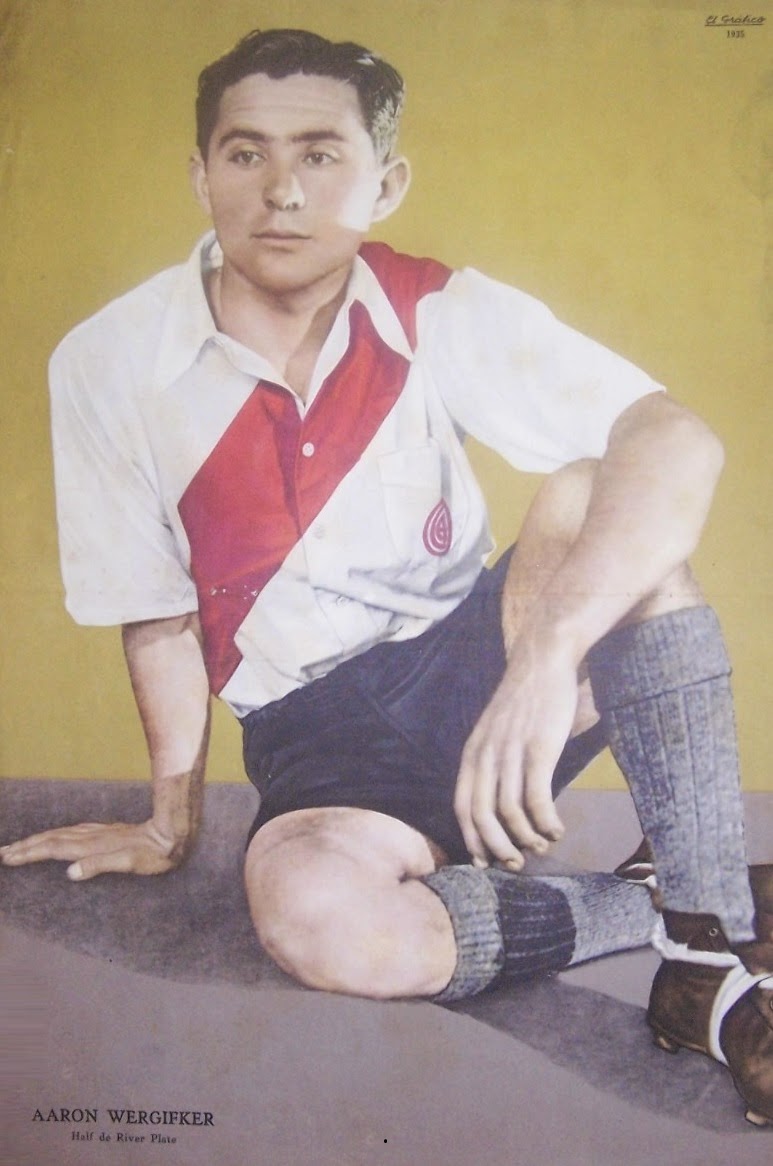