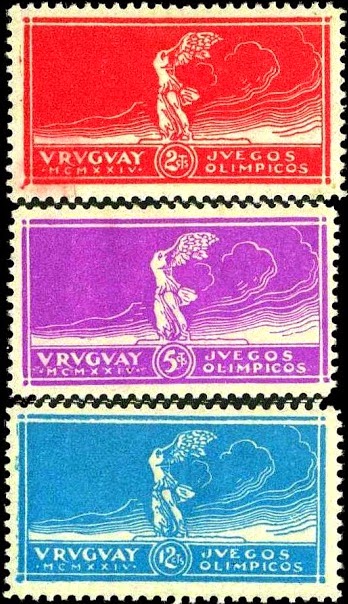 I have it on good authority that the above stamps were the first issued in the World to depict/ commemorate Association football. Uruguay's golden age, which culminated in their 1930 World Cup triumph, got underway with their successful 1924 Olympic campaign. Uruguay beat Yugoslavia (7-0), the United States (3-0), France (5-1), Netherlands (2-1) and Switzerland (3-0) to claim gold. 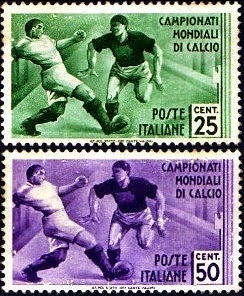 Fascist Italy probably had a very good postal service. These stamps were issued to commemorate the 1934 World Cup, which was, of course, won by the host nation.