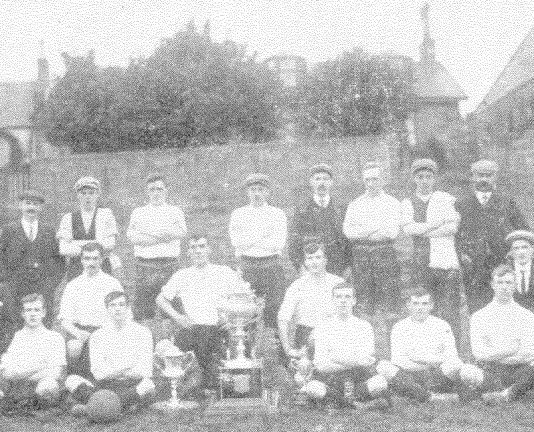 The village of Glenbuck in the Ayrshire coalfield had a football team. Nothing unusual there-except that the club, representing a village with 1,200 inhabitants, produced somewhere in the region of 50 players who made the grade in senior football, including 30 who played league football in England and one for Fall River (USA).
The club was formed in the late 1870's and was originally called Glenbuck Athletic.
It was at the end of the 19th century that the name Cherrypickers was adopted (following a prankish reference to an army regiment known as the Cherrypickers.
The Cherrypickers produced a number of Scottish internationals;
William Muir (1907); Alec Brown (1902 -04); George Halley (1910); John Crosbie (1920 -22); Bob Shankly (1938).

Here is a link to a short book about the club:
http://www.ayrshirehistory.com/pdf/cherrypickers.pdf

The history includes Bill Shankly as a Cherrypicker, but David P Worthington (1997)  writes:
Bill Shankly was never destined to join the illustrious band of Cherrypicker alumni. The first year he would have been able to play for them, 1930/1, he was not considered good enough. This was no disgrace as they once again captured the Ayrshire Junior Challenge Cup. However, this victory was to be their last, the final pit had closed and the Cherrypickers disbanded as the men were forced to seek work in other areas. When the next season began, Shankly had no club to play for and was forced to begin his career playing right half for Cronberry Eglinton. Cronberry were a decent local side but this was merely a stepping-stone for the eighteen-year-old Bill Shankly for whom greater things waited around the corner.