1930 World Cup-Team of the Tournament 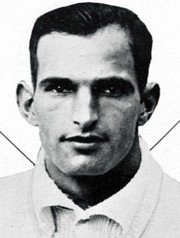 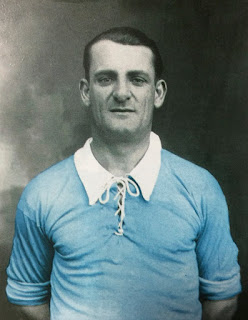 José Nasazzi (Uruguay)
El Gran Mariscal was 28 at the time of the World Cup and was playing club football for Bella Vista. Already with 2 Olympic Golds and 3 South American Championships to his name, Nasazzi was the player of the tournament. 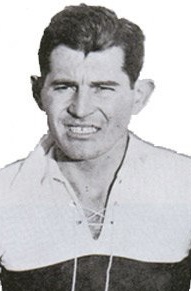 Milutin Ivković (Yugoslavia)
24-year-old medical student, captain of Yugoslavia. The only European on the list, he played for SK Soko (Belgrade). 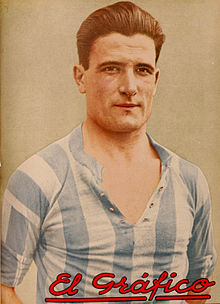 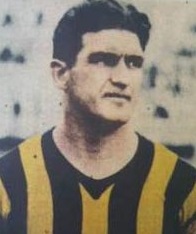 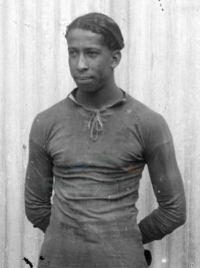 José Leandro Andrade (Uruguay)
28 year old Maravilla Negra was a Nacional player at the time of the World Cup win. He was also a double Olympic champion and 3 times South American Championship winner. 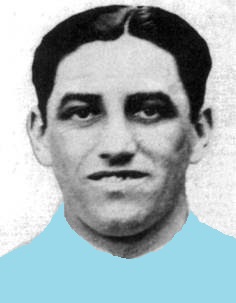 Pedro Cea (Uruguay)
The 29 year old Nacional forward scored 5 goals in the tournament including a hattrick in the semi final. He scored the goal that brought Uruguay level at 2-2 in the final. He was also a double Olympic Gold medalist. 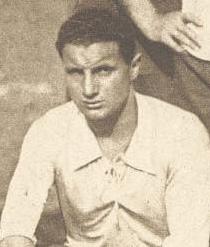 Héctor Castro (Uruguay)
25 year old  Nacional centre forward won a Gold medal at the 1928 Olympics and was a 2 times South American Championship winner.He was Uruguay's first World Cup scorer. His second goal of the tournament was Uruguay's 4th in the final, scored in the 89th minute.

Famously Castro was an amputee. 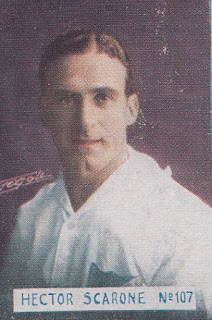 Héctor Scarone (Uruguay)
The veteran inside forward was 31 at the time of the World Cup win. He was back at Nacional following a spell with Barcelona. Scarone had won 4 South American Championships and 2 Olympic Gold medals. 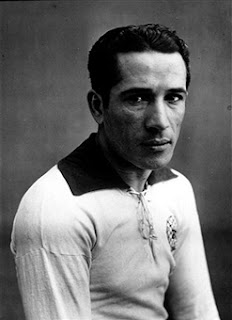 Guillermo Stábile (Argentina)
Having come in as a replacement for Argentina's second game, 25 year old Stabile (Huracan)  scored 8 goals in 4 games and never played in another international match, moving to Italy after the World Cup. 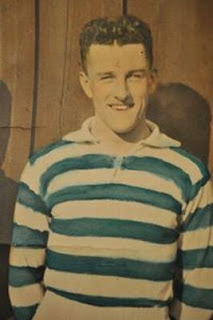