Some landmarks in the growth of football in Africa 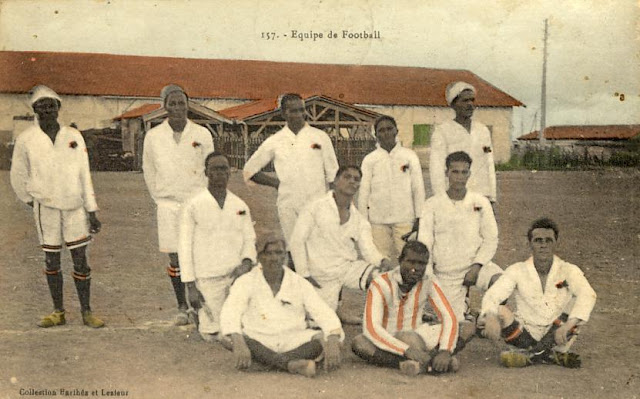 I am doing African football something of a disservice by condensing the development of the game across a huge and culturally diverse geographical area over a period of 60 years into one post. This is intended as just an overview. However, the history of African football is, generally speaking, rather recent, particularly in terms of international competition - only South Africa and Egypt had played international football during the pre 1937 era.
The history of football in the region which later became South Africa is covered elsewhere. It is worthy to note, however, that football was played by Europeans in the ‘Cape’ district in the pre-association days, and that organised soccer was being played by both settlers and the indigenous population by 1880.
Football was introduced into Africa via the usual sources- firstly European military/ naval or commercial visitors and later colonial institutions and schools spread the game. The  major colonising powers were  France, Belgium and Great Britain.
The list below is not exhaustive- I have looked at various sources and identified key dates in the development of the game in across Africa.

1870s – Zanzibar
European employees of The Eastern Telegraph Company were playing informal football matches in Zanzibar in the 1870s. The game was adopted by the locals, who began organizing their own teams.

1897- Oran (Algeria)
French colonists were responsible for founding  Club des Joyeusetés d'Oran in 1894, and a football section was established in 1897. 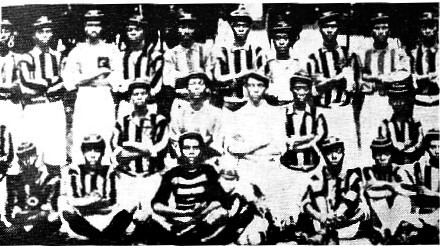 1904 - Calabar (Nigeria)
In June 1904 the first competitive football match in Nigeria was played between Hope Waddell Training Institution and the crew of the British gunboat HMS Thistle. The match was won by the Nigerians, 3-2.

1906 - Calabar (Nigeria)
What seems to be the first tournament held outside the Southern Cape region  was played in Calabar. The competition was called The Beverley Cup (the cup was donated by Captain Beverly, an officer of the Colonial Government). The first edition was won by the Southern Nigeria Regiment (which was, incidentally, the regiment to which Captain Beverly was attached).

The first league in Tunisia was inaugurated .

1907- Cairo (Egypt)
The club Al Ahly (National Club) was formed. The first chairman was an Englishman, Mitchell Ince, but in 1910 the club limited their membership  exclusively to Egyptians and becme a focus for nationalists.

Ligue de Football du Katanga was founded, but was open only to teams of Europeans.


1911-12 North Africa
FC Blidéen (of Blida in Algeria) won a tournament for teams from French colonies in North Africa.

1913- Morrocco
Union Sportive Marocaine is founded, but locals are not included in the membership. 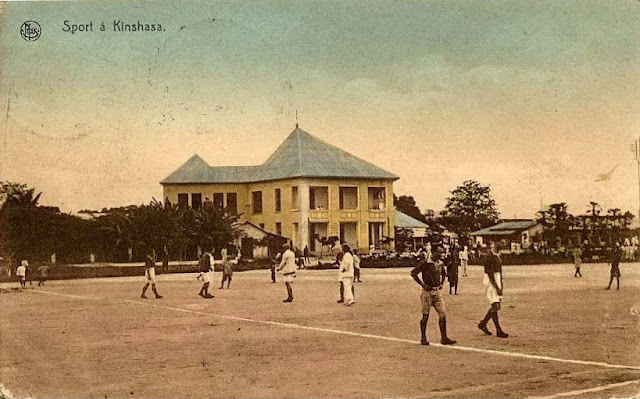 1917- Leopoldville (Belgian Congo/DRC)
Father Raphael de la Kethulle arrived in Leopoldville. Tata Raphael, as he was known to the locals,  actively promoted Congolese football, forming clubs and associations  for Africans . He was also responsible for establishing a decent pitch on what had been swampland near a church.  In 1919 he founded the Association Royale Sportive Congolaise.
Fr, Raphael's influence on Congo football extended into the 1930s, and he was  responsible for developing  Stade Reine Astrid, completed in 1937.

1920-Antwerp
Egypt play in the Antwerp Olympics. They beat Belgium 4-2 in a friendly before the Olympics. In the tournament  itself they lost 2-1 to Italy and beat Yugoslavia 4-2. 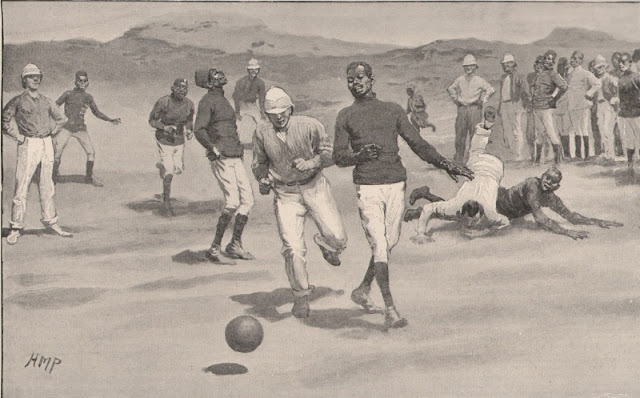 At Atbara employees of the Sudan Railways co, introduce the game to the area.


1924- Paris
A second Olympic outing for Egypt. They beat Hungary 3-0 and were then eliminated in a 5-0 defeat to Sweden.

1928-Amsterdam
Egypt reach the Olympic semi finals but are thrashed 11-3 by Italy in the bronze medal match.

1929- Brazzaville
The Native Sports Federation founded. 2 years later the Federation came under the control of the colonial authorities. These authorities insisted that African players should play without boots, even though some of the more established teams had been playing in boots for a number of years.

1933-Brazzaville
Federation Athletique Congolaise, organized by the Catholic church, broadens the opportunities for African players to participate in organized football.