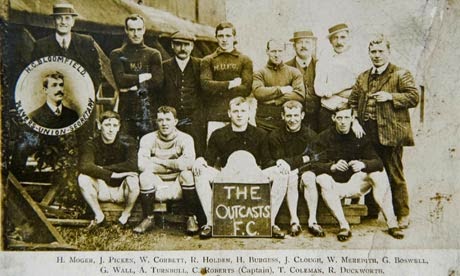 Manchester United during the dispute 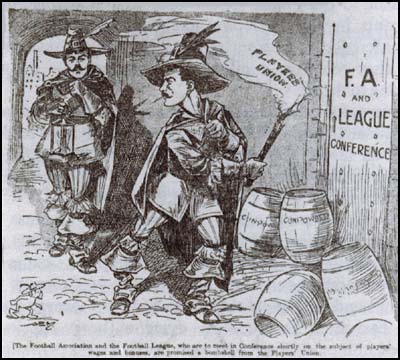 Following the demise of the AFU there was no organized body to represent the interests of the professionals until 1907.  The rather clumsily named Association of Football Players’ and Trainers’ Union (the 'of' is unnecessary?) popularly known as The Players' Union was formed on  December 2, 1907  at the Imperial Hotel, Manchester. The main figures involved were Manchester Untited's Charlie Roberts and Billy Meredith. 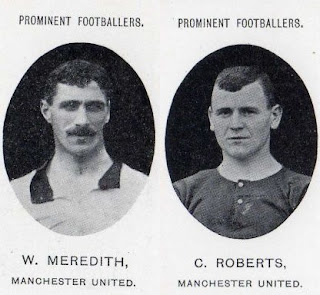 The The Players' Union campaigned for freedom of movement, compensation for loss of earnings through injury and opposed the ceiling on wages.

On June 9th 1909, the FA management committee announced thet any player not cancelling their membership of the Union by July 1st would have their registration cancelled.
In response to this threat the teams of Newcastle United, Middlesbrough and Sunderland joined en masse, as did about 150 other League players. Manchester United (and their reserves) were all members bar 3- so the ban would have hit them particularly hard. 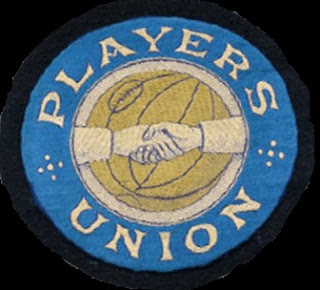 Peter Curran, Labour MP for Jarrow and President of the General federation of Trade Unionists gave the players his backing- they are morally right in every way, and cannot do other than win, and their demands are fair as fair can be. The Football Association is an association of capitalists and the Players' Union is a union of workmen... 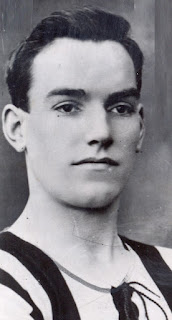 Veitch
Prominent in the negotiations that brought an end to the dispute was Colin Veitch, Newcastle United's egalitarian socialist and Chairman of the Professional Footballers' Association between 1911 and 1918.
On August 31st  1909 the FA backed down and recognized the Union. All suspensions were lifted and the players that had been suspended had the wages owed to them paid.

The unfortunate thing is that so many players refuse to take things seriously but are content to live a kind of schoolboy life and to do just what they are told . . . instead of thinking and acting for himself and his class-  Meredith
Try to remember that union is strength, and without it you can do nothing- Roberts