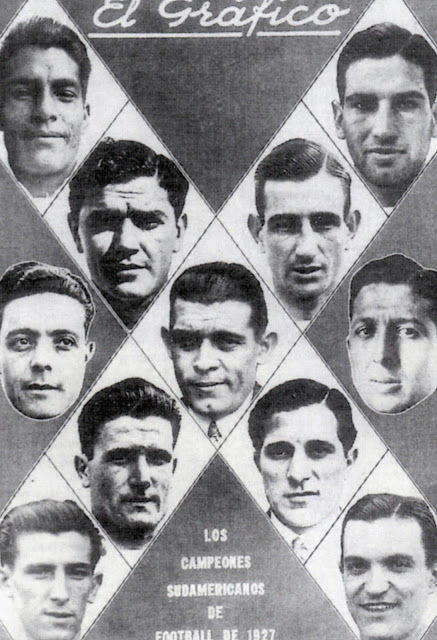 Played in Lima, Peru, the 1927 South American Championship of Nations featured Uruguay, Argentina, Peru and Bolivia.
In the 5th match Argentina defeated Uruguay 3-2 (Adhemar Canavesi's own goal proving to be the winner). Match 6 saw Argentina seal the championship with a 5-1 win over Peru. It was Argentina's 3rd championship.
Argentina used 15 players during the tournament:


The squad featured 2 future World Cup winners- Luis Monti and Mumo Orsi- although the pair were representing Italy when they won this honour in 1934.

The goals were shared by:
Luna-3
Carricaberry-3
Recanattini-2
Seoane- 2
Ferreira- 2
Maglio-2
Own goals- 1