The city of Donetsk was originally known as Hughesovka in honour of John Hughes, the Welsh industrialist who founded the settlement in the 1860s.

The city is home to Shakhtar Donetsk , founded in 1936 as Stakhanovets.
In the photograph below we see a pre revolutionary Hughesovka team. The year was 1916. Some lovely hats on display in the background. 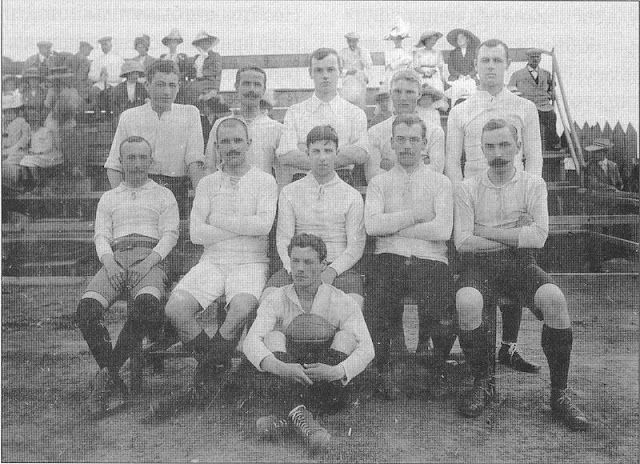