Gone but not forgotten- Rotherham Town 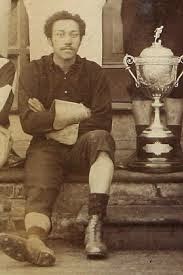 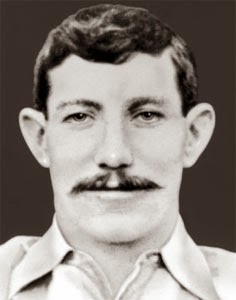 Rotherham Town had a 3 year League career. Their most notable players were Arthur Wharton, Harry Thickett and Tom and Dave Porteus. Their colours during their League days were red jerseys with blue knickers.

Formed In 1878 as Lunar Rovers (the founders were shop workers whose long working hours meant that their only opportunity to get a game was to play by moonlight!), the club was admitted to Sheffield New Football Association in 1879.
The charming name was changed to Rotherham FC in 1882, and in 1884 they made their FA Cup debut.
Having added Town to the name Rotherham were founder members of the Midland League (1889-90) and won the title for 2 years in succession prior to being elected to the Football League.
After losing League status in 1896 the original Rotherham Town was wound up.

A new Rotherham FC was formed in 1900. From 1903 they played in the Midland League along with Rotherham County.
Rotherham FC adopted the Rotherham Town name again in 1905.
County were elected to the Football League in 1919. In May 1925 the two clubs merged to form Rotherham United.