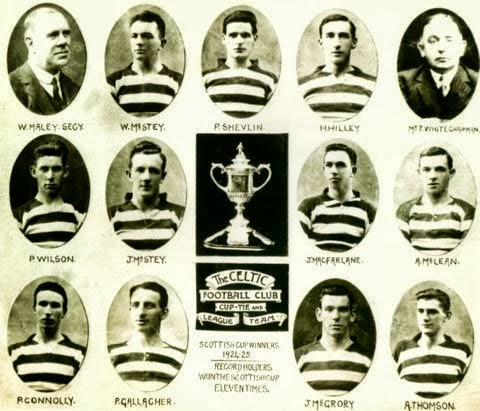 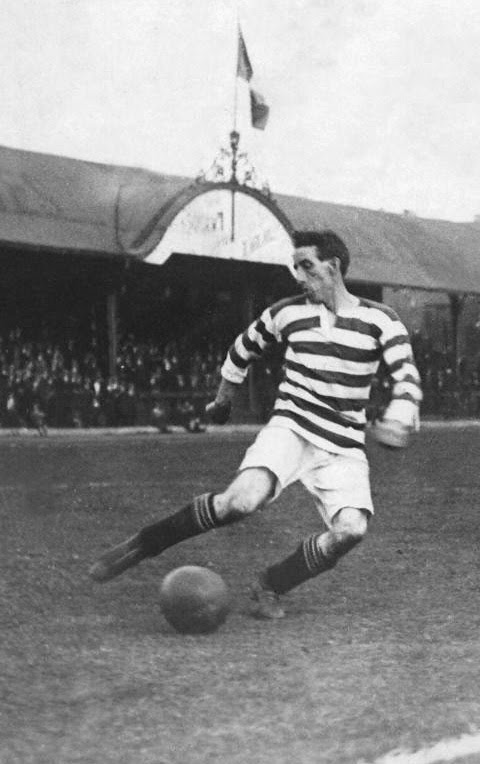 Within 20 yards of goal Patsy Gallacher was the most dangerous forward I have ever seen. You never knew what he would do. Often he would wriggle through, past man after man, with defenders reluctant to tackle in case they gave away a penalty kick — Alan Morton (Rangers and Scotland)
He was the greatest who ever kicked a ball. — Tommy Cairns (Rangers and Scotland)

In 1925 Celtic defeated Dundee to win the Scottish Cup for a record 11th time. The match is commonly remembered as the Patsy Gallacher Final.
Contemporary reports not explicit and in those days there wasn't the benefit of endless replays to clarify what had actually occurred. The fact is that with Celtic trailing 1-0 and Dundee dominating, Patsy Gallacher scored an extraordinary goal. Legend has it that in a goalmouth melee following a free kick Gallacher trapped the ball between his heels and executed a forward roll that took him and the ball into the goal. The goal was later described by teammate Jimmy McGrory as resulting from a run that started with Gallacher getting the ball in his own half and beating a number of defenders before somersaulting into the net with it between his feet.
Willy Maley the secretary (manager) recalled: he finished it by literally carrying the ball into the net.
Sir Robert Kelly, Celtic director writing in 1971 described the goal thus:
He must have beaten six opponents as he dribbled and swerved towards goal; several times he must have been nearly on the ground as opponents made contact with him if not with the ball. His final, almost superhuman effort came barely six feet from the line, when, having tricked the goalkeeper and again almost having been grounded by an attempted tackle, he somersaulted, with the ball edged between his boots, right into the net from which his delighted team-mates had to extricate him-

These circus tricks at the end of a George Weah like run seem highly implausible, especially when we look at the actual contemporary reports:
crowning a daring and devious bit of play by throwing himself bodily into the net and carrying the ball with him... the feature of the exciting contest was Gallacher's equalizing goal, and  in a career of much distinction it is questionable if the clever Celt  ever achieved anything quite so  sensational and clever
Glasgow Herald- 13.04.25
elsewhere described as Gallacher simply forcing the ball into the goal following a  free kick
Glasgow Herald- 13.04.25

it was a faulty clearance... which allowed Gallagher, in company with a couple of other Celts, to rush the ball into the net.
The Scotsman - 13.04.25 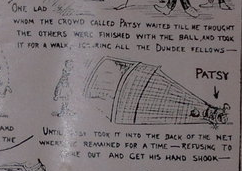 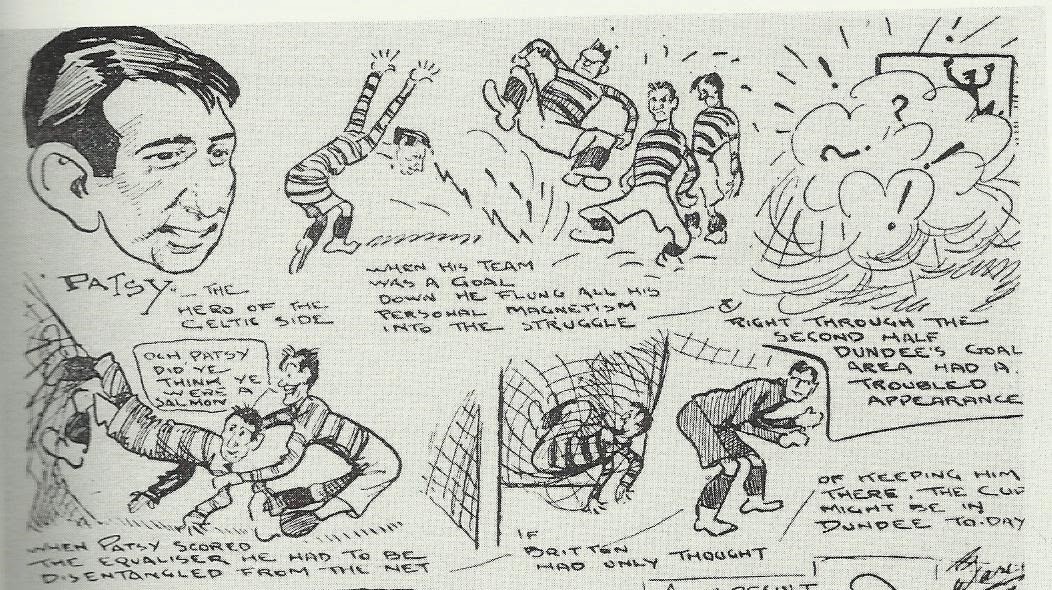