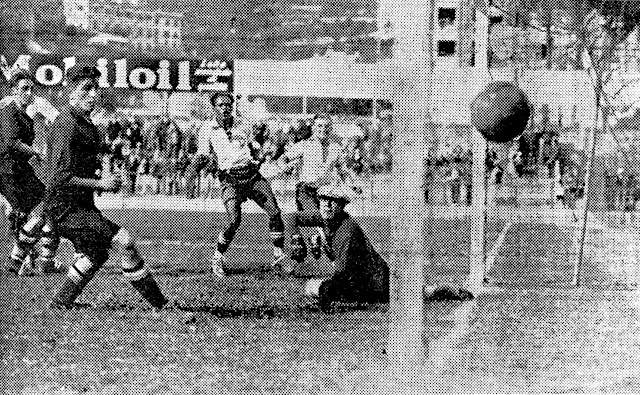 The knockout format of the 1934 World Cup tournament meant that Brazil, Argentina and the United States only played one match each after their transatlantic voyages.
Here is an action shot from the Brazil v Spain match played at Stadio Luigi Ferraris, Genoa (27.05.34). Leônidas da Silva shooting wide, watched by Ricardo Zamora.
Brazil were 3-0 down in half an hour, Leônidas announced himself with a 55th minute strike. Brazil were awarded a penalty in the 62nd minute, but Zamora, playing in his 43rd international, saved from Waldemar de Brito.