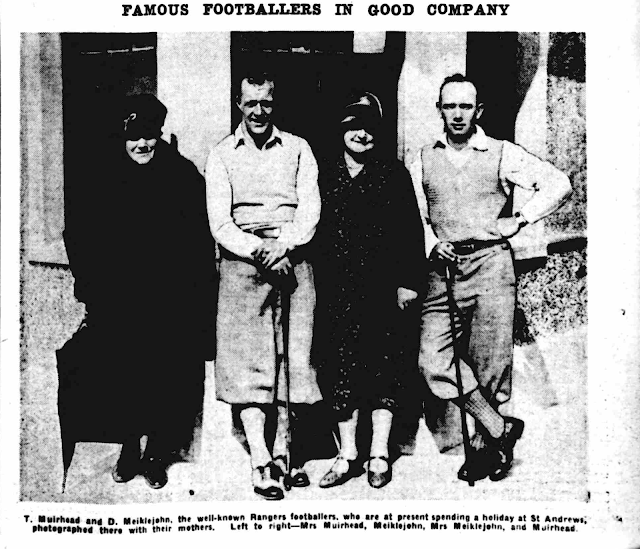 Davie Meiklejohn played 563 games for Rangers and won no fewer than 12 Scottish League titles. He won 15 international caps for Scotland.

Meiklejohn was 29 when the picture was taken, Muirhead 33.