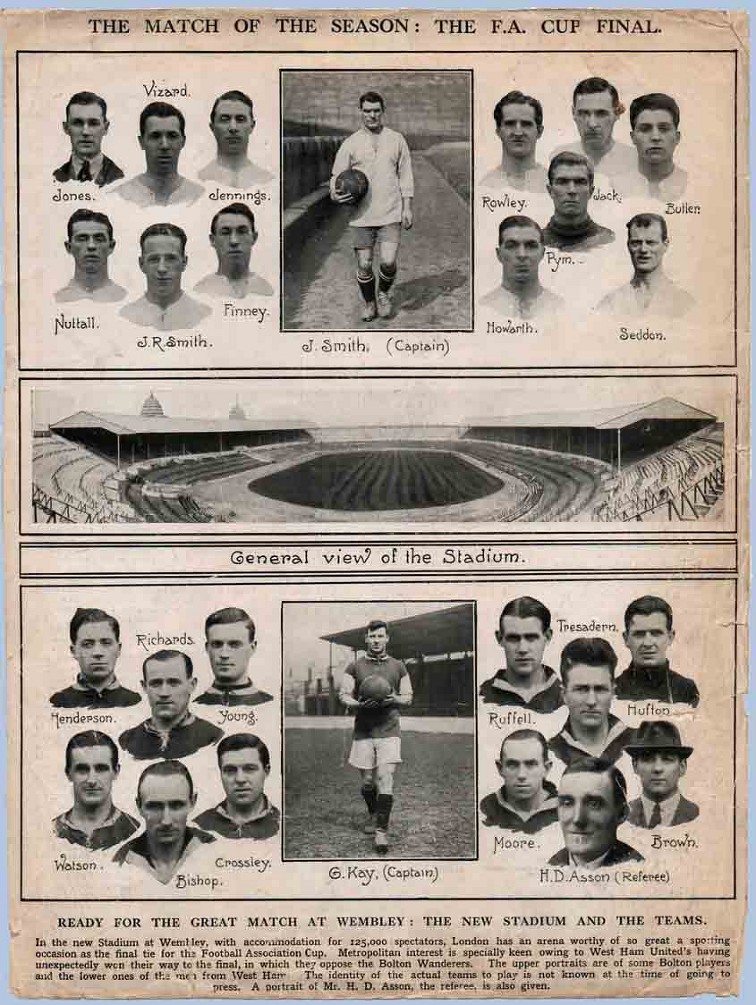 This was one of those iconic events that has had so much written about it that there's not much to add.

It was a game that shouldn't have been played and a result that shouldn't have been allowed to stand. But there was a game of football, of sorts, played at Wembley Stadium on April 28th 1923.
The crowd, it goes without saying, frequently interfered with the play. Bolton's first goal, scored by David Jack, came when a West Ham defender was trying to extricate himself from the crowd. Jack Smith's second half strike was even more controversial. The ball was played to Vizard by a spectator. Vizard centred and Smith shot. The ball cannoned back into the field of play and the referee awarded a goal, despite the protests of the West Ham players that the shot had hit the post.