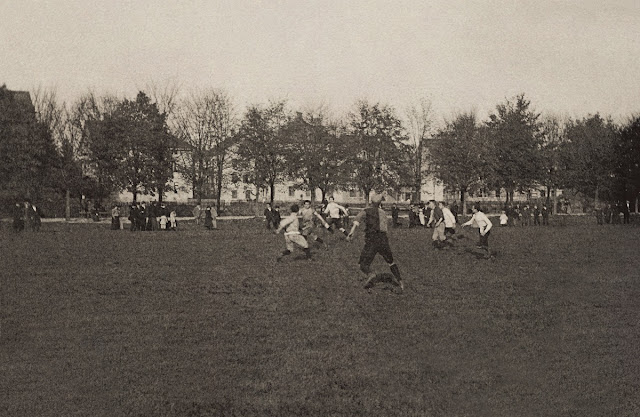 This picture shows the first match played at Winterthur's Schützenwiese ground on 24.10.97. The visitors were FC Zürich. FC Winterthur won 2-0 with goals from  Spinzio and Notz.

Both clubs were formed in 1896. The Swiss Football Association was founded in 1895.