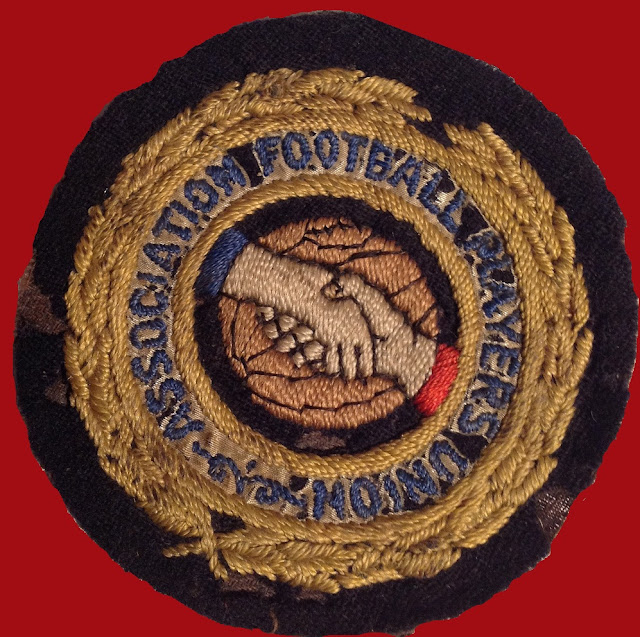 Armband worn by Manchester United in the 1909 season.
The team are reported to have worn these armbands in the opening fixture, a 1-0 win over Bradford City at  Bank Street.  Incidentally Billy Meredith (a champion of the union cause) was absent for this fixture- he missed the first 4 games of the season.
see also: http://gottfriedfuchs.blogspot.co.uk/2015/08/outcasts-fc.html