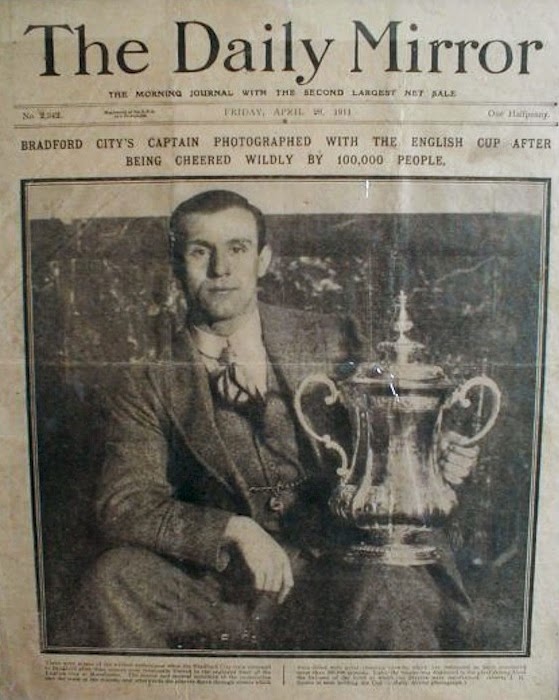 Jimmy Speirs was an inside left who was born in Glasgow. He represented Scotland in 1 international (against Wales in 1908).  He played for Glasgow Rangers and Clyde before joining Bradford City in 1909. 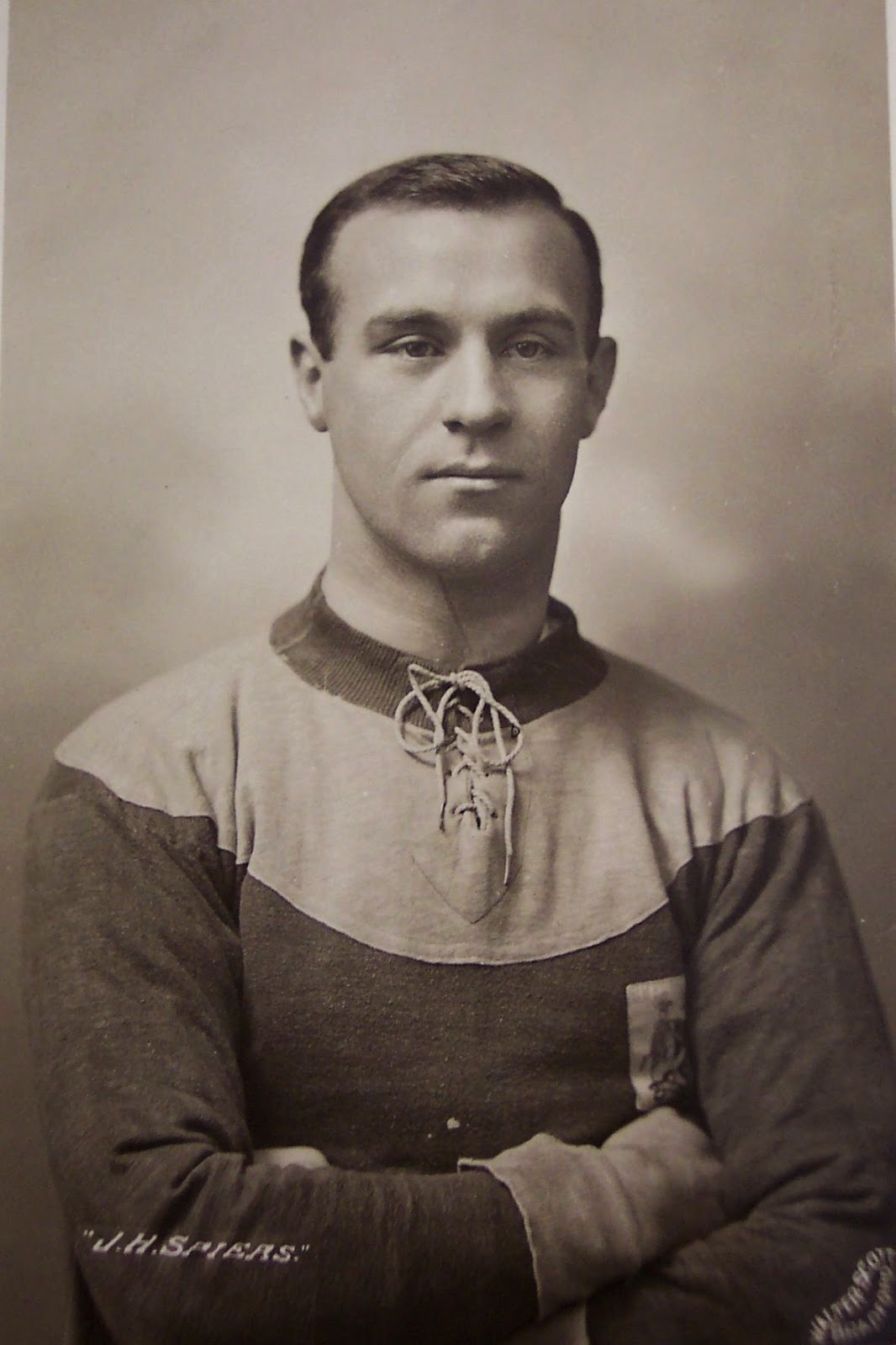 Speirs enlisted voluntarily in the Queen's Own Cameron Highlanders. He reached the rank of Sergeant and was awarded the Military Medal for bravery.

Jimmy Speirs was killed in action at the Battle of Passchendaele in August 1917. He was 31 years old. 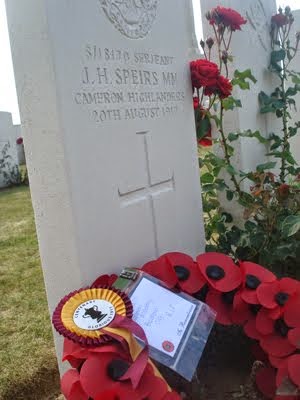 I got this photograph from a Bantams website which appears to be no longer online- apologies for not being able to give better credit.