Up until 1939 Thailand was known as Siam.
The  Siam national football team played its first match on December 20th 1915. The opponents were a team of mixed European residents. Rather imaginatively this team was called  The Europeans. The match was held at Bangkok's Royal Sport Club. I do not know what the result was.
On April 25, 1916, King Rama VI (Vajiravudh) established the Football Association of Siam and instituted The Yai Cup.  King Rama VI appears to have been an interested and active patron of the game.
Siam joined FIFA in 1925, the first Asian country to do so.
The team played its first international match in 1930 against an Indochina team made up of Vietnamese and French players. 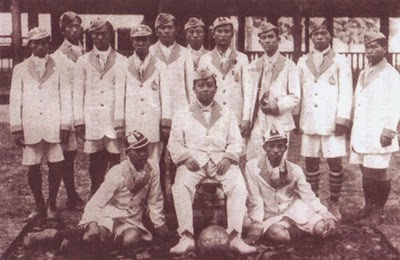 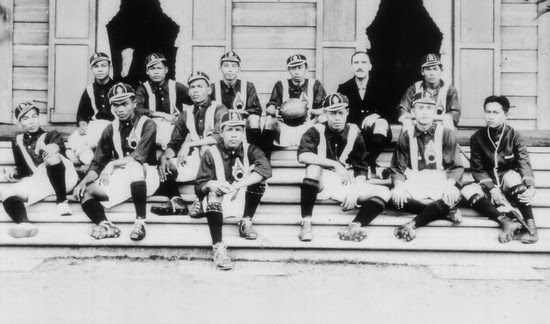 The  players who faced The Europeans in 1915 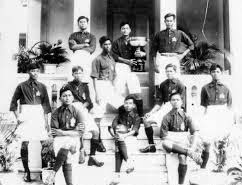 1916: Department of Performing Arts pictured with the Yai Cup (donated by The King).